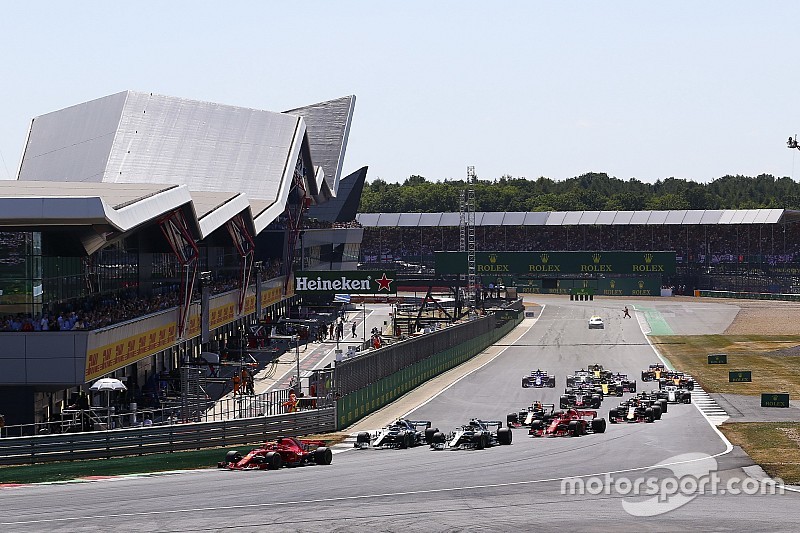 Silverstone circuit chiefs have agreed a new deal with Liberty Media which will keep the British Grand Prix venue on the Formula 1 calendar until 2024.

In July 2017, the track bosses triggered a break clause in the current British GP contract that had been signed with Bernie Ecclestone in 2009.

It meant Silverstone organisers opted out of the remaining 2020-26 seasons amid the financial uncertainty of a 5% escalator fee in the original deal, which would have taken the hosting cost up to £26 million. Recent interest from Liberty Media over holding the British race in London had raised fresh doubt over the likelihood of Silverstone signing a new deal.

"We are really pleased to confirm that the British Grand Prix will stay on the calendar for at least the next five years, with the event remaining at its long-standing home, Silverstone circuit," said Carey.

"We have always said that, if it is to have a long-term future, our sport must preserve its historic venues and Silverstone and Great Britain represent the cradle of this sport, its starting point back in 1950.

"Today, Formula 1 is a global sport, held on five continents, watched by an audience of over 500 million fans around the world and our aim is to grow this number by bringing the sport we love to new countries, while also maintaining its roots: Silverstone and the British Grand Prix are an integral part of that vision."

F1 sporting chief Ross Brawn said in March that the championship was "determined" to retain Silverstone, and reported that despite "differing in our views", the circuit and Liberty Media were "not a massive amount apart" in settling on the terms of a new deal.

As a privately-owned entity, Silverstone does not receive any way of public subsidies.

In recent years, the BRDC has restructured the circuit's business model so that it was not financially dependent on the British GP.

"Silverstone is one of the most iconic grands prix on the F1 calendar and with such a rich heritage it would have been disastrous for the sport and fans had we not managed to find a way forward," Grant said.

"2020 will be the 70th anniversary of the first round of the World Championship which took place at Silverstone on 13th May 1950 and will make next year's event all the more special. This is great news for the BRDC, Silverstone and Formula 1 - and for millions of British motor racing fans".

The new deal could also lead to the return of an official in-season test at Silverstone, with circuit boss Stuart Pringle saying "we'd been keen to hold it".

Liberty Media stated that it wanted to retain classic European circuits on the F1 calendar, but the Spain and German contracts are set to expire in 2020.

Last season, the British Grand Prix recorded the highest weekend and race day attendance figures of all 21 races - 340,000 and 140,500, respectively.