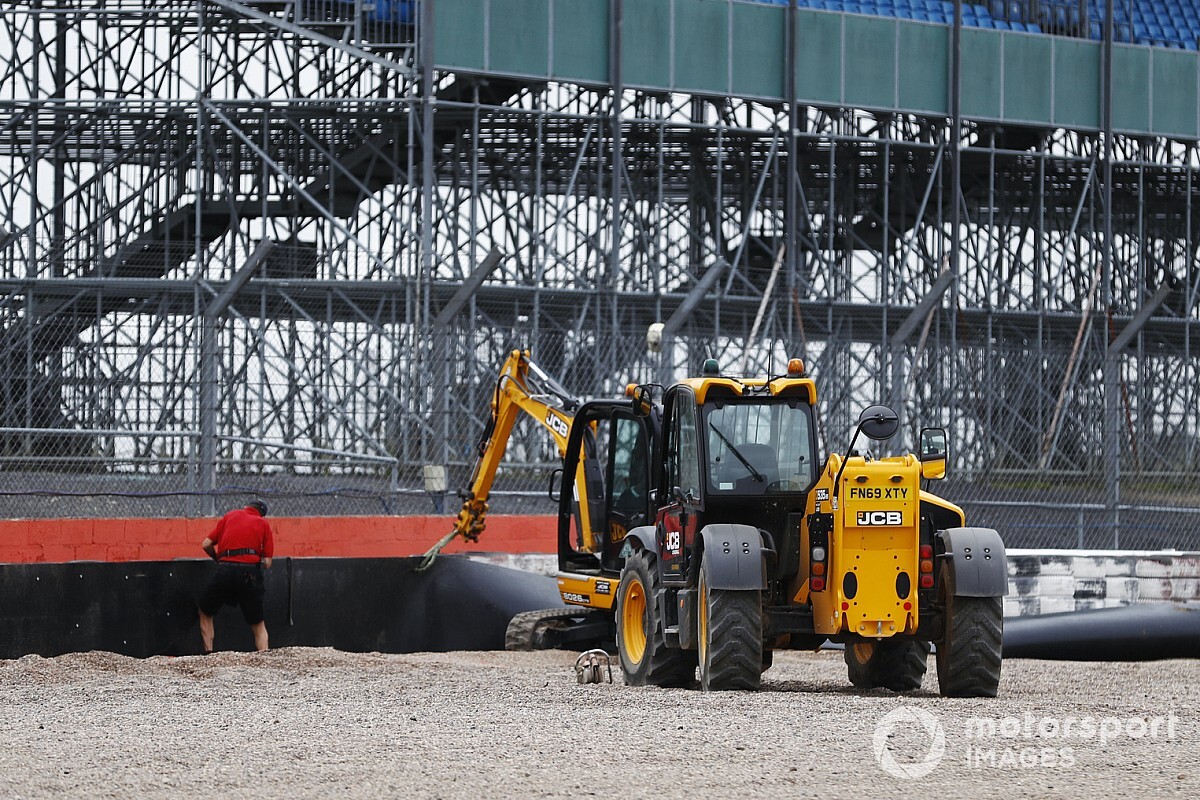 Silverstone is installing some extra crash barriers on the outside of the Becketts complex in response to Daniil Kvyat's high-speed crash in the British Grand Prix.

The AlphaTauri driver was pitched into a spin at the flat-out Maggots left-hander last weekend, and ended up having a big impact with the originally uncovered barrier on the outside of Becketts.

While it is an unusual place to crash, the FIA is taking no risks and, ahead of the 70th Anniversary Grand Prix, has begun installing extra protection as can be seen in the images.

In a note sent ahead of the race weekend notifying teams of track changes, F1 race director Michael Masi said: "A tyre barrier approximately 36m long has been installed at the rear of the Turn 11 run-off area."

The extensive damage caused to Kvyat's car due to the nature of the impact was a contributing factor in why it took marshals so long to remove it during the race.

Asked about a theory that the recovery time was so long because of personnel restrictions promoted by COVID-19 protocols, Masi said: "The extent of the damage actually made it more difficult to recover that car. I don't think it was anything to do with that [lack of marshals] at all.

"And actually, to be honest, the marshal reductions here had nothing to do with trackside side of it. So I don't say that that was any impact at all."

The only other track change at Silverstone is a new 30-metre kerb that has been installed at Chapel, which should deter drivers from cutting across the grass like they were last weekend.

Kvyat was not the only driver to hit an uncovered barrier over the British Grand Prix weekend, with Alex Albon having a big impact at Stowe during Friday practice.

But while Albon's car was badly damaged in the 20G impact, Masi felt that there was no need to take extra safety measures there for this weekend.

"I think the angle of where he hit it, it's not something that's unusual," he said. "The angle of impact for our side of it, within our simulations, was all within the guidelines that we have with the FIA.

"So no, I don't see there being a change to that barrier. It was a very strange incident at that point to be quite honest." 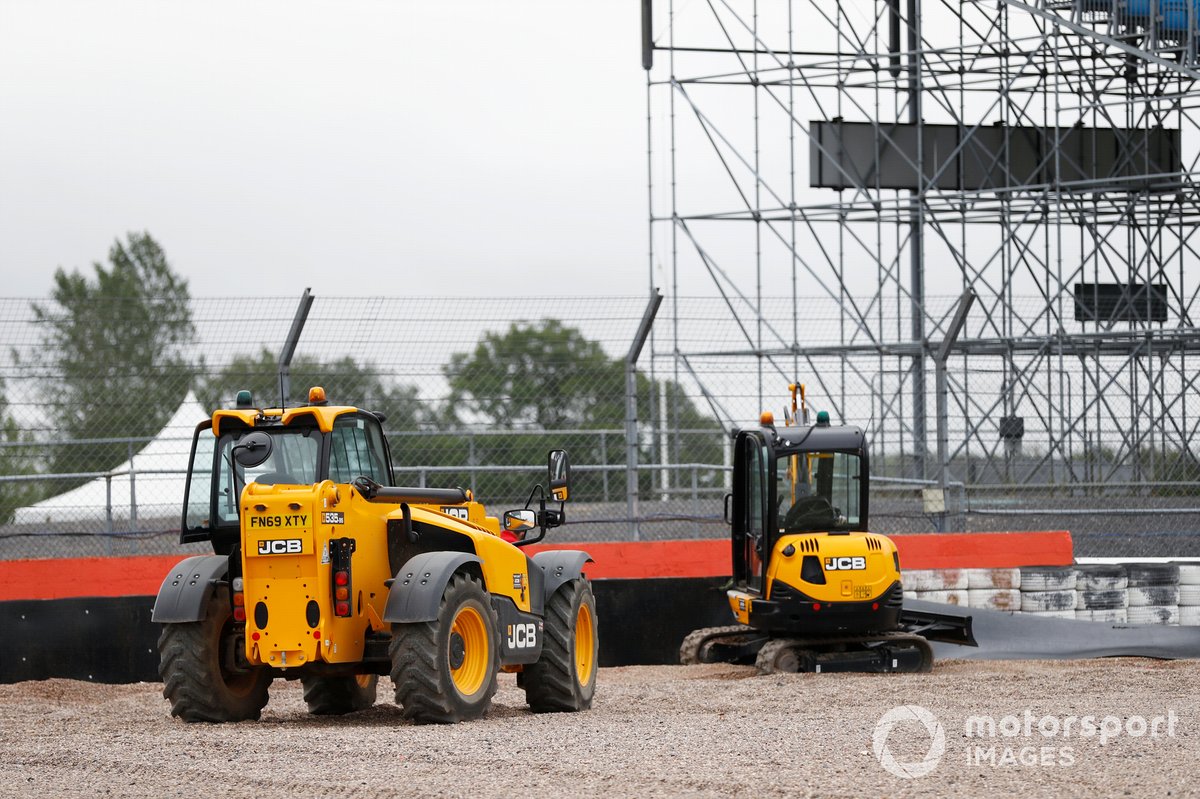 JCB machines are used to work on a barrier

Renault: Too late for F1 engine freeze ahead of 2022 season