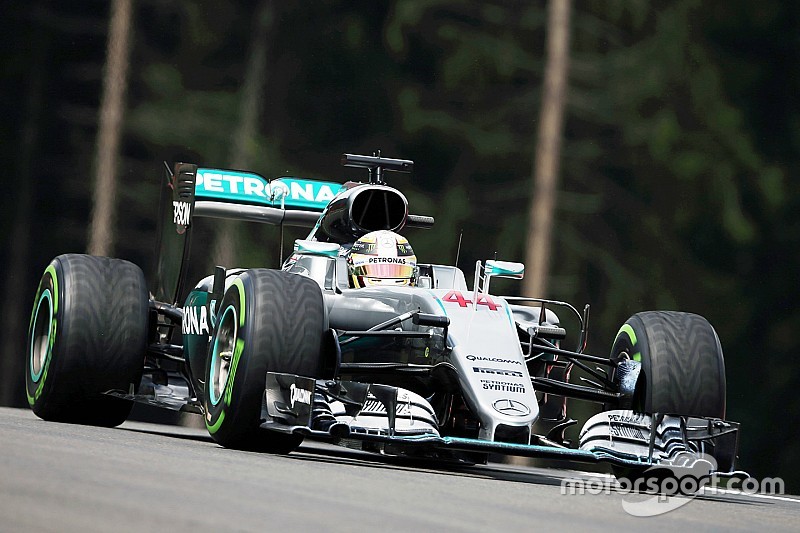 Nico Rosberg: "The five place grid penalty will be costly as Lewis will start from the front tomorrow and it will be tough to fight through the other cars."

Lewis Hamilton today took his 54th career pole position - his 2nd in Spielberg and 5th of the 2016 season so far. Despite qualifying in P2, Nico Rosberg will start tomorrow's Austrian Grand Prix from P7 after incurring a gearbox penalty. Both drivers completed one run in Q1 and two runs in Q2 and Q3.

Lewis Hamilton: "This is definitely one of those tracks that I have to keep working at and I've been building up to today's qualifying session. It's not an easy track to execute the perfect lap and admittedly it's not my best circuit. As a driver I'm someone who brakes nice and deep and here you have to lift off the accelerator early, keeping your minimum speed high, which is not something I'm used to doing. The track dries up so quickly here - it's a great feature of this circuit and made qualifying really interesting. Hopefully tomorrow will be a bit cooler which will help me in managing my tyres and I can get off to a good start. The race will be interesting and I'm hoping it will be a good day."

Nico Rosberg: "It was a huge team effort today, with both sides of the garage working together to get my damaged car ready for qualifying. It was a tricky session with the rain and the perfect lap didn't quite come together which meant Lewis was quicker. The five place grid penalty will be costly as Lewis will start from the front tomorrow and it will be tough to fight through the other cars with the ultra-soft. It will definitely be an exciting race, though, and there's still a lot to play for."

Toto Wolff, Head of Mercedes-Benz Motorsport: "First of all, I want to take a moment to recognise the awesome job by our mechanics today. As qualifying started, Nico's car was still being put back together after the suspension failure this morning; 15 minutes later, he was top of the timesheets. That was teamwork of the very highest quality and another confirmation of what a great group of people we have. Overall, it has been a pretty intense day, with a lot of unexpected challenges, so it's fantastic to end up P1 and P2 in qualifying - even though Nico will take a gearbox penalty tomorrow after it was changed following the accident this morning.

Qualifying was one of those sessions where it's much easier to make mistakes than get everything right - and it was all about hitting that perfect window for the final lap on dry tyres, because the conditions were changing so fast. We managed to get both cars onto the right tyres, then the drivers didn't put a foot wrong to take the top two positions; both of them put in great laps right at the end. Looking at tomorrow, we have some different approaches at the front of the grid in terms of tyre choice, plus Nico will be on a recovery strategy to make up ground after his penalty, so I think there's still plenty of action to come...

Paddy Lowe, Executive Director (Technical): "It was a more eventful day then perhaps we expected. It started with a suspension failure on Nico's car during P3 which was due to an unexpected load in one of the rear suspension members over the exit kerb at Turn 2. This left us with a lot of work to do between sessions, to turn Nico's car around, to understand the failure and to make suitable alterations to both cars. Working with the team back at the factory as well as at the circuit we made some modifications to the suspension on both cars in time for qualifying. Unfortunately, we are now subject to a five-place grid penalty for Nico because the gearbox was damaged during the accident.

It was a monumental team effort from the mechanics and engineers in the garage to get the car out on time, with both sides of the garage working together to get the job done. These are the moments when you see real teamwork come together, where we work as a single entity for the good of the team. But that wasn't the end of the excitement as the threat of rain lingered over the entire qualifying session.

The most impressive thing for me was to see Nico go straight out of the garage in his completely rebuilt car and set three purple sectors in Q1 on his first flying lap. We took the ultra-soft for Q2 very early - committing because of the incoming threat of rain. Q3 was incredibly tense starting with the intermediate tyre on a track that was drying rapidly and we swapped for the dry tyres at just the right time - Lewis and Nico contributing with fantastic laps to secure the front row. It will be an interesting top ten tomorrow with penalties and a range of different tyres. It looks like it will be another exciting afternoon."

Force India hoping Button can give Hulkenberg a helping hand