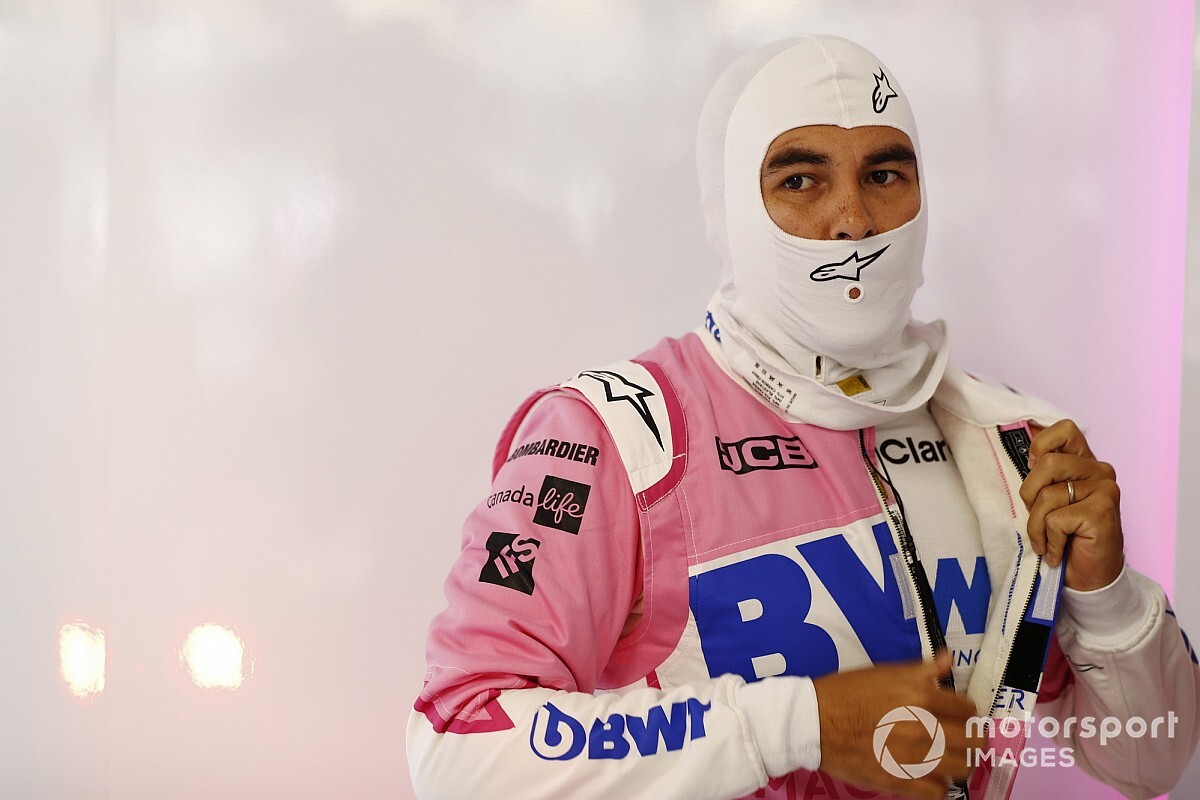 The FIA has revealed that Racing Point driver Sergio Perez has tested positive for COVID-19, becoming the first Formula 1 driver to do so, and will miss this weekend’s British Grand Prix at Silverstone.

Racing Point driver Perez was not present at Silverstone on Thursday after his latest COVID-19 test result proved inconclusive, meaning he required a re-test.

In a statement issued by the FIA on Thursday evening, it was announced that Perez’s second test result had come back positive.

“Following today’s announcement that Sergio Perez of the BWT Racing Point Formula 1 Team produced an inconclusive test result for COVID-19 at the Silverstone Circuit ahead of the 2020 FIA Formula 1 British Grand Prix, the FIA and Formula 1 can now confirm that the result of his re-test is positive,” the statement reads.

“Perez has entered self-quarantine in accordance with the instructions of the relevant public health authorities, and will continue to follow the procedure mandated by those authorities.

"With assistance of the local organiser of the British Grand Prix, local health authorities and the FIA COVID-19 delegate, a full track and trace initiative has been undertaken and all close contacts have been quarantined.

“The procedures set out by the FIA and Formula 1 have provided for swift containment of an incident that will have no wider impact on this weekend’s event.”

Racing Point issued a statement confirming that Perez is “physically well and in good spirits” despite the positive test results.

The team added: “Our intention is to race two cars on Sunday. We will communicate the next steps for our British Grand Prix weekend in due course.”

Perez was absent on Thursday at Silverstone as he self-isolated following an inconclusive test result following his routine COVID-19 screening. Tests are carried out to detect two particular COVID-19 genes and, if a patient has both, the test registers as positive.

If a patient has neither then it results in a negative diagnosis, but if just one of those genes is present in the test, it can produce an inconclusive result.

Racing Point has also moved to self-isolate a small group of team members with whom Perez recently came into contact, following the ‘bubble’ system protocols F1 has in place.