Seidl: F1's under-fire rulebook is what teams, drivers asked for 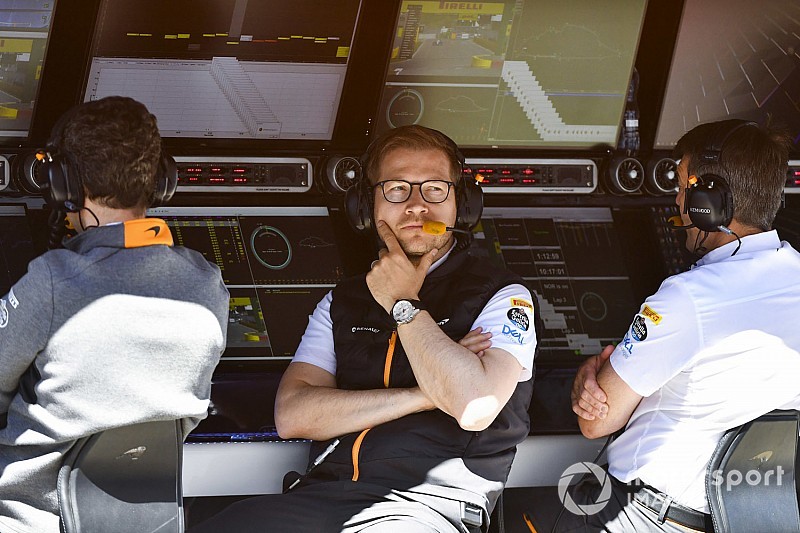 McLaren boss Andreas Seidl says teams and drivers cannot complain that there are too many rules in Formula 1 these days, because they are the ones who pushed for them in the first place.

The controversy over a recent run of penalty decisions – which included Max Verstappen’s move on Charles Leclerc in Austria being given the all-clear – has prompted many people to suggest that F1’s rule book needs a major shake-up.

Some believe that F1 would be better off getting rid of a lot of regulations, which would allow drivers more freedom to battle harder.

Red Bull boss Christian Horner suggested in Austria that “maybe we are over-regulated anyway” because of the way that the Verstappen incident needed an investigation.

But Seidl thinks that F1 teams and drivers have to accept the current situation, because the FIA has only introduced so many regulations because they were asked to do so.

“For me it is a bit like the tyre discussions,” said Seidl, reflecting on the similarities between driver conduct rules and recent talks to revert F1’s tyre construction back to what it was in 2018.

“The rules we have in place are the result of team bosses and drivers asking for these rules. So this is why I think we have to accept we have these rules now. We have to trust the stewards that they make the right decision.”

Seidl believes, however, that what the sport does for 2021 could be better if teams do not have the final say in what the rules should be.

“My opinion, and it is also for the regulations, technical, financial and sporting which are being developed at the moment, it should be a consultative approach that teams get asked for their feedback," he explained. "But there should be a strong authority from the FIA and from F1 to go the way that they think is the right one.

“We have this unique opportunity in F1 and the FIA at the moment where we have very, very strong and experienced guys that have recent F1 experience, which is unique.

"I think they have never been that strong in the past in terms of their own knowledge - with Ross [Brawn] and [Nikolas] Tombazis – so they know exactly what needs to be done in terms of achieving the objectives which we all agree on.

“We are really in favour that they should pull through now with the direction that they have put in the current proposals of the regulations, because we are convinced this would be the right thing for the sport.”

Ericsson: "Only positives" to F1 test, but IndyCar's the focus