Seidl: McLaren has to "face the reality" in F1 fight with Ferrari

McLaren boss Andreas Seidl says his team has to “face the reality” and accept that it may lose third place in the Formula 1 world championship to Ferrari.

After the Russian GP McLaren had an advantage of 17.5 points over its rival. However the four races held since Sochi have seen a swing of 49 points in favour of Ferrari, with the Italian team now holding a lead of 287.5 to 256.

Seidl acknowledged that failing to reach the full potential of the MCL35M in recent races has been "disappointing", with McLaren having logged just two 10th places in Mexico and Brazil.

"It is clear that on certain tracks our car is a lot stronger," he said.

"But what we didn't manage now in recent weeks is simply to score the points that were on the table for us. And that's obviously disappointing. But at the same time, there's reasons why.

"So we simply need to truly get back now to the last three races and try to do better.

"Today was the second hit now in a row after Mexico to our battle in the constructors' championship, so I think we need to be realistic now what is possible to achieve this year.

"At the same time independent of the battle in the constructors' championship, it's simply important now in the last few races that we get back to the positive momentum and that we score simply the points that are on the table for us."

With three races to go Seidl acknowledged that beating Ferrari to third place is looking harder, but he hasn't given up on the fight yet. 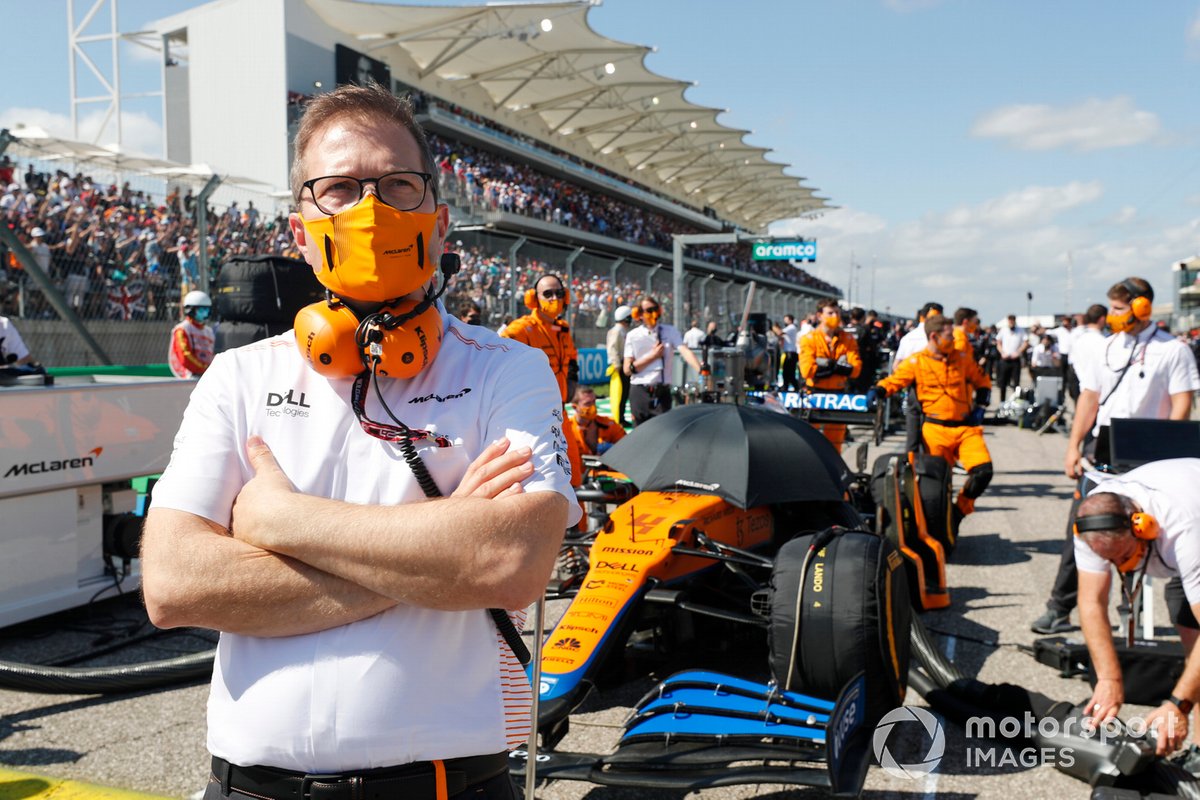 "Clearly, we have to face the reality," he said. "If everything goes well for Ferrari now, at the end of season, it'll be difficult.

"But at the same time, as long as it's theoretically possible, and I've seen several times this year and last year what can happen on a race weekend, we will try to hang in there.

"More important is simply now to get back to simply scoring the results that are on the table for us.

"Because I think also in the last two race weekends, where we didn't have let's say the strongest car in this in this battle we were in, it was still possible to score good results.

"This is what we didn't manage, and that's what we need to do better."

Seidl also stressed that championship position should not be the only measure of the team's season, and that there had been clear improvement in other areas.

"Of course, we're all focused on this P3/P4 battle at the moment," he added.

"But as I always said, we have a realistic view of where we are with the team right now.

"And the most important thing is again, that we clearly made a next big step forward as a team this year, in terms of the car.
"We look at the average point scoring this year, it went up quite a bit. The lap time deficit compared to Red Bull and Mercedes was again, quite a bit smaller compared to last year."