By:
Adam Cooper
Co-author:
Oleg Karpov
Listen to this article

Under the current regulations, drivers can change tyres during a race suspension, potentially penalising those who have already pitted before as others are effectively gifted a free stop.

Norris was one of several drivers near the front of the field who pitted after Mick Schumacher's crash triggered a safety car, which quickly turned into a red flag situation to facilitate barrier repairs.

The stop dropped Norris from sixth to 14th as those who stayed out were able to benefit from a free tyre change.

Norris, who also lost out in both the Italian and Tuscan GPs last year, eventually recovered to 10th place.

After the race he called for the "stupid rule", which was introduced in part because of the possibility of tyre being damaged by debris, to be changed.

His team boss Seidl agrees that it's time for the regulation to be reviewed.

"We were all sitting in the same room and we decided for this rule, so there is no point criticising it too much," he said. 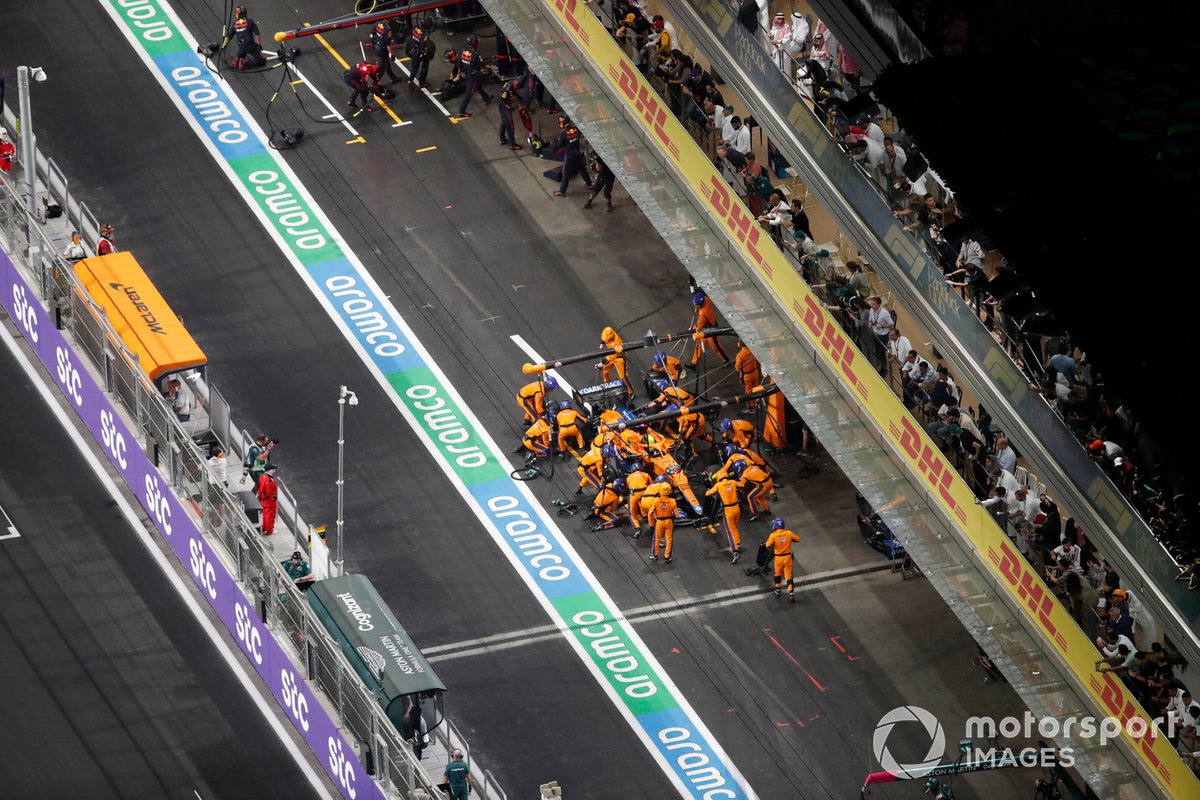 "Because that you cause for example the red flags, and then you are allowed to repair your car and actually you're in better position afterwards than before, plus you can change tyres, that's I think something which is just from the sporting side doesn't make sense.

"Doesn't matter now, sometimes you benefit from it, sometimes no. But I think overall it's the wrong thing from the sporting perspective, and that's why I think we should sit together again all as a group and push for a change."

Regarding the many interruptions to the Jeddah race, he said: "Obviously, I didn't like the first red flag after Lando pitted before and changed the tyres.

"And I think later on, the second red flag, I think there was a lot of debris, and then the virtual safety cars, whenever there's debris on track you need to go safe because there's metal parts laying around, if you drive over these metal parts or they get thrown up into the air and hit the spectator or a driver, you can't take that risk.

"So from this point of view I think I was absolutely okay what happened today."