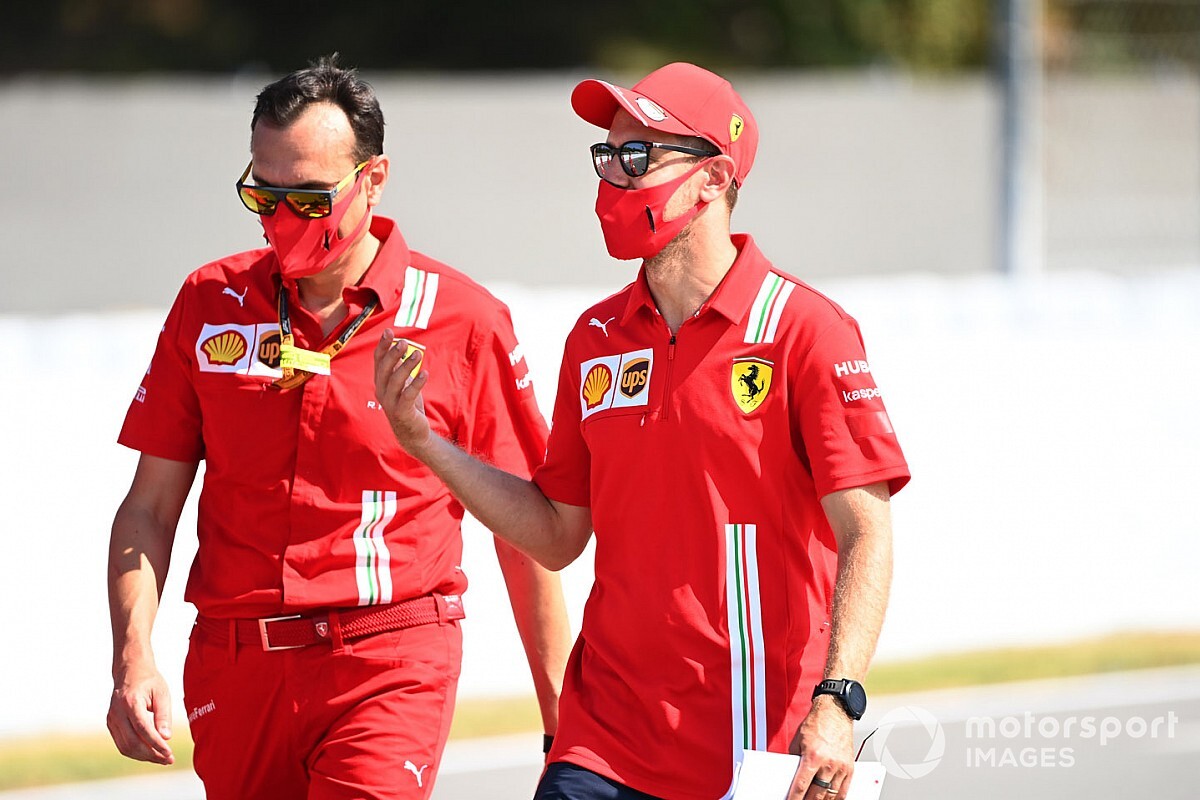 Vettel will leave Ferrari at the end of the season after the team opted against renewing his contract beyond 2020, with Carlos Sainz taking his place at Maranello.

His final season with Ferrari started with recurring on-track struggles due to a lack of performance from the SF1000 car, which Vettel has openly said he is not confident driving at times.

The four-time world champion failed to qualify or finish any higher than 10th over the British and 70th Anniversary grands prix at Silverstone.

During last Sunday's race, Vettel called out Ferrari's strategy over team radio, telling the team it had "messed up" before later saying the decisions "made no sense".

But he said there was no added tension with the team either due to its struggles at Silverstone or a change in the environment ahead of his departure.

"No, I don't agree with the statement,"replied Vettel when asked if tensions had grown any.

"I think we are trying to do everything we can, and it is never relaxed if things don't go your way or they go wrong. Naturally, if you judge the emotions right after the race or during the race, I don't think that is a fair reflection of what is going on, hence why I tend to disagree.

"I didn't have a great race and we tried to come back up, and could have opted for a different strategy, but we didn't, so we've talked about it, sorted it out and moved on. There is not much different in terms of climate compared to the week before, or the week before that."

Vettel currently sits 13th in the F1 drivers' championship with just 10 points to his name, which is less than a quarter of teammate Charles Leclerc's total.

But Vettel doubted Ferrari would consider parting company with him before the end of the 2020 season, believing he will get a chance for his results to pick up.

"I don't think so… We haven't even considered or spoken about it," Vettel said when asked about a possible early exit from Ferrari. "I guess it's not just a question for myself. But I know what I'm capable of, I know the job that I can do.

"At the moment, it's not been the cleanest run, but yeah, I'm sure [if] things calm down, and I get a decent chance, then I'll use it."