Mick Schumacher believes it would not be a "huge drama" if he failed to score points in his debut Formula 1 season, saying they would be "an amazing bonus".

Reigning Formula 2 champion Schumacher moved up to F1 with Haas for 2021, but the team expected to struggle after opting against developing its car for this season, instead placing full focus on its '22 design.

It has left Schumacher typically battling with Haas teammate Nikita Mazepin at the back of the field this year, recording a highest race finish of 12th at the Hungarian Grand Prix.

Haas is the only team that has failed to score any points this year, sitting three points adrift from Alfa Romeo at the bottom of the constructors' standings.

But Schumacher has won praise for his performances so far this year, routinely beating Mazepin in both qualifying and races, as well as reaching Q2 at the French Grand Prix.

Asked what would constitute a successful second half of the 2021 season, Schumacher said he hoped Haas could get closer to the points, but did not think they would make or break the team's season.

"If we see at the end of the season that, maybe not consistently, but if we're closer to Q2 in qualifying and closer to points, I think that that will be a success for us," Schumacher told Motorsport.com. "Obviously, an amazing bonus would be to get points. I think that that's really what we're hoping for. For sure there [will be] some race weekends that will be crazier than some others and hopefully we'll be in the race to gather those points.

"But, again, I think it wouldn't be a huge drama if we didn't collect points, because we knew that it was going to be difficult this year."

Haas team boss Gunther Steiner has regularly referred to 2021 as being a "transition year" for the American squad, which is banking on jumping back up the order once the new regulations come into play in 2022.

While it has made vying for points a step too far for Schumacher, the German driver explained how he had set his sights on fighting with Williams drivers Nicholas Latifi and George Russell when possible.

"For me, very early on in the season, it was [about] putting myself into a position where I had different targets," Schumacher said.

"So it was [at] the beginning, maybe Nicholas and it got to 'I now measure myself maybe with George', trying to match his pace. And I think that that's really what has been giving me the opportunity to move ahead and also try and grow.

"Obviously, we are two rookies, but still we're able to learn from each other. And hopefully, we'll be able to next year fight with the guys in the top [places]." 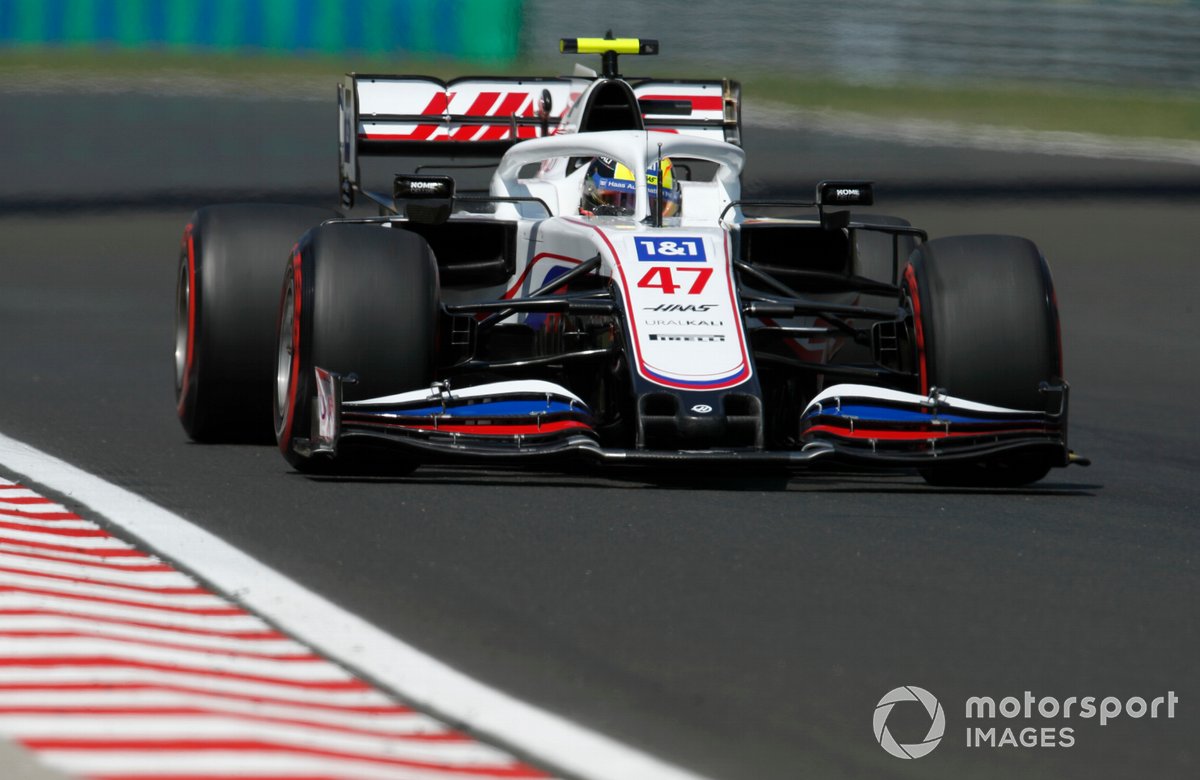 Schumacher revealed he was drawing motivation from taking the fight to Williams despite having a far less developed car.

"The satisfaction is basically that, even with a more difficult car, or maybe a car that isn't as developed, we are be able to, at times, fight with Williams," Schumacher said.

"I think that's really what's motivating me. That's also why I come in at work early and leave late - so that I know that I've done everything possible to be able to allow us to be as close as we can."

Tsunoda's rookie F1 struggles "not out of the blue" - AlphaTauri