Schumacher is happy to be a 'private television commentator' for his wife Corinna. 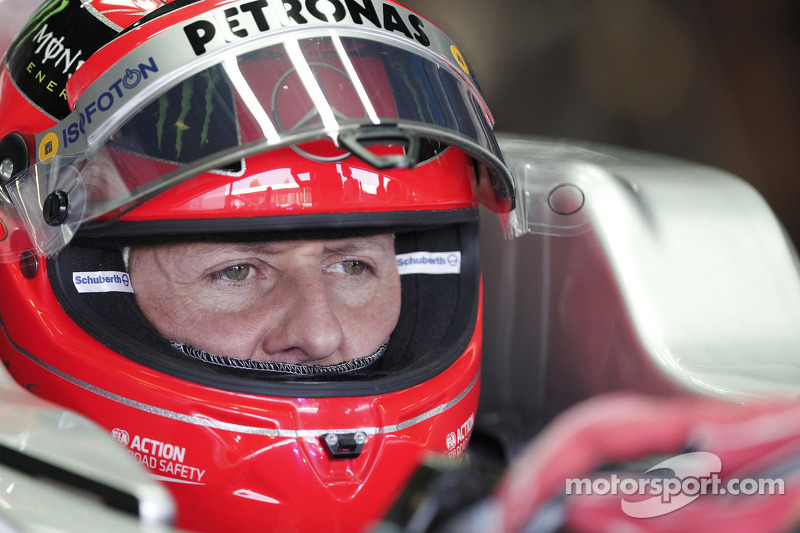 Jun.12 (GMM) Michael Schumacher insists he has not regretted his final retirement from Formula One "for a single moment".

At the end of a three-season comeback period that did not add to his record tally of 91 wins and seven titles, the 44-year-old German returned to retirement at the end of last year as Mercedes replaced him with Lewis Hamilton.

He told Bild newspaper the right call was made.

"If there had been at least the prospect of fighting for the world championship last year," said Schumacher, "then it might have been a different decision. 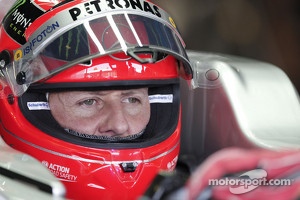 "But I'm very happy," he insisted, laughing that he is now a "private television commentator" on his couch during Grands Prix for his wife Corinna.

After more than two decades in the paddock, meanwhile, Schumacher also revealed that "a few people from Mercedes and Ferrari keep me in the loop" with F1's behind-the-scenes goings-on.

"But it's not as though I'm interested in everything," he added, revealing that he has put on a couple of kilograms since stepping out of the cockpit.

But he did return recently for a F1 demonstration run in his old 2011 Mercedes F1 car at the fabled Nordschleife.

Schumacher, now a Mercedes ambassador, revealed: "I do not think that was the last time I will sit in a Silver Arrows."