Mick Schumacher insists he is not losing faith that his breakthrough Formula 1 points will come soon, despite ensuring more heartbreak in the Canadian Grand Prix.

The German had produced the best qualifying performance of his career in Montreal, when he lined up sixth behind teammate Kevin Magnussen.

He then looked on course to take his first points when, running in a comfortable seventh position, he was hit with a power unit problem that put him out on lap 18.

After recent incidents and amid mounting pressure to perform, Schumacher is aware of how much his maiden points would mean.

But speaking after the race, Schumacher said that the Canada weekend had been one that had given him some confidence.

"It's obviously very frustrating but these things happen," he said. "It's F1, everything is quite on edge.

"And so yeah, we have just got to swallow that pill. But we have loads of positive things we can take away from here. So yeah, I'm just really excited about the next one."

Asked if it was hard to stay fully motivated when nothing seemed to be going right for him, Schumacher said: "I'm here because I love this sport. I love driving and you earn what you fight for. 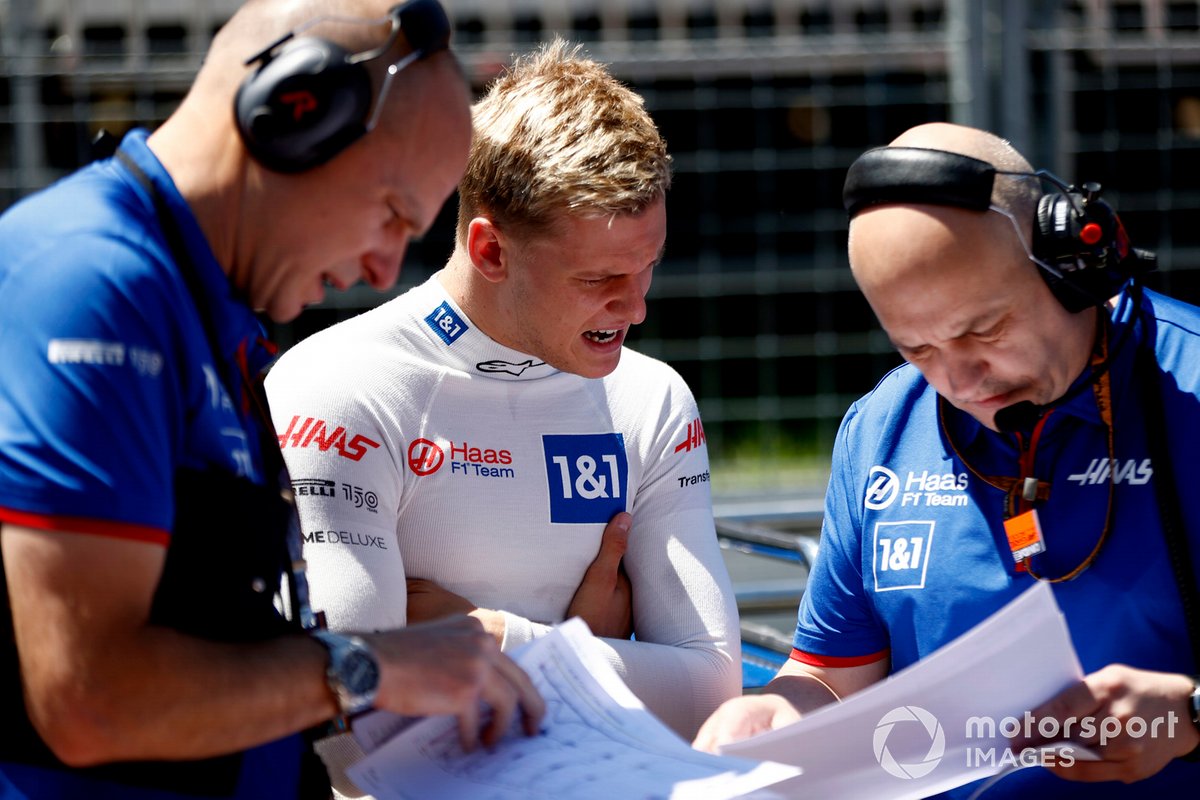 "Unfortunately we didn't earn it today. But I'm sure that we will have more opportunities.

"Eventually luck will change hopefully. So yeah, it's obviously tough, but I've had these seasons in the past and we've managed to be there after all. So yeah, we have a few more races to go."

Schumacher explained that the race was playing out well until his powertrain issue, as he was steadily building up his pace to get used to the change in conditions from the wet Saturday.

"I was building up to it," he said. "Obviously, we've had a wet track in qualifying, we had a dry track in the race.

"So obviously I was trying to find the new grip limit when conditions were very different. We were just getting into a rhythm and I'm sure there was more to come.

"It's always tough to accept these things. Obviously, it's probably tougher if you are in a points-paying position, and have to retire the car when you are seventh or whatever. It's never the best, but it's what it is."