Schumacher: Haas needs to be "feisty" like its livery in 2021

Mick Schumacher believes Haas needs to be “feisty” like its new livery as he prepares for his Formula 1 debut with the team in Bahrain later this month.

Almost thirty years since his father, Michael, began his glittering F1 career, Schumacher Jr. will join the grid for 2021 after winning the Formula 2 title last year.

Schumacher will sample the Haas VF-21 car for the first time on Friday when pre-season testing begins in Bahrain, completing the early session before handing over to teammate Nikita Mazepin.

Haas unveiled a heavily-revised livery for its 2021 car last week, changing its colour scheme to the red, white and blue colours of Russian title sponsor Uralkali.

The design has since piqued the interest of the World Anti-Doping Agency, which has banned Russian athletes from competing under the Russian flag until 2023 as punishment for doping offences at the 2014 Winter Olympics.

Asked what he thought of the Russian livery, Schumacher said he hoped it could encapsulate the team’s approach for the coming season.

“I think it's the team colours, and I think the car looks great,” Schumacher said.

“I think it looks beasty, it looks feisty, and definitely that's how we're going to approach the season too.

“We're going to going to work our way through and work very strongly on ourselves and on the car.

“Hopefully we'll be able to get every single performance out of it that we need.” 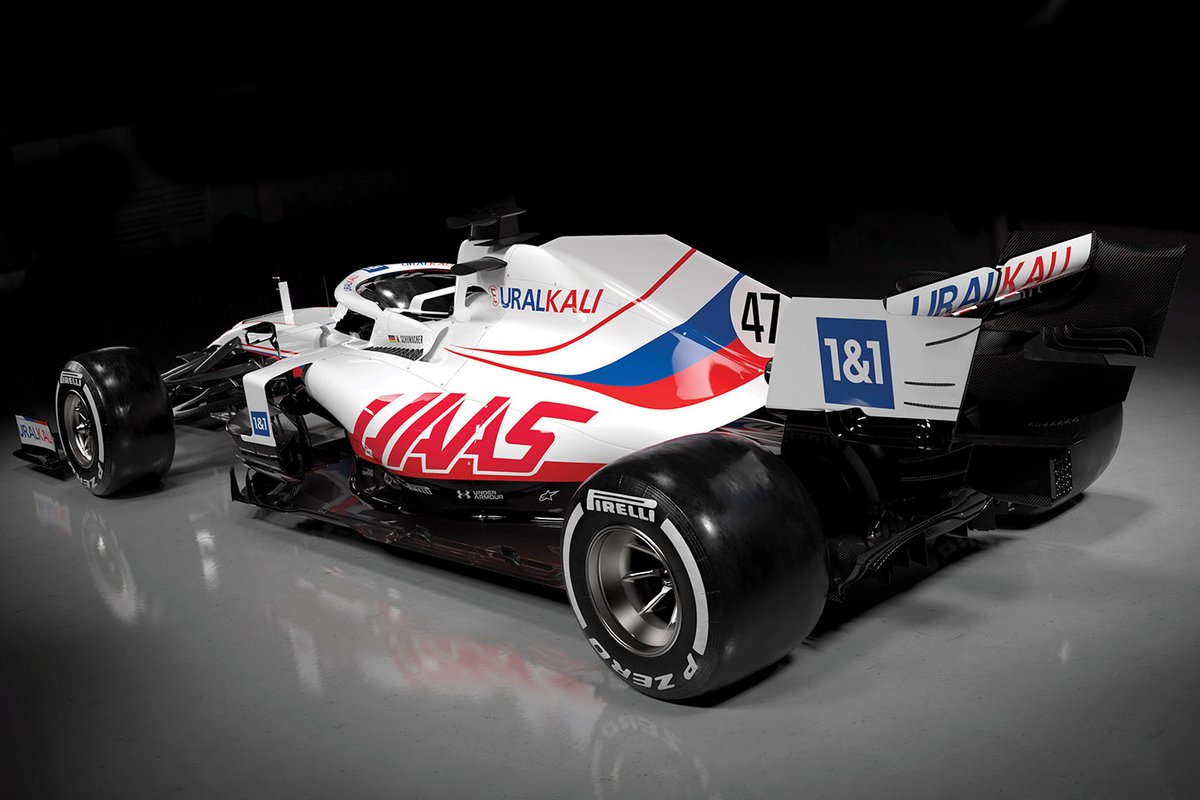 Mazepin completed an initial shakedown with the Haas VF-21 at the Bahrain International Circuit on Thursday before its maiden extended run-out tomorrow morning.

The team has already revealed it will not spend time developing the car, preferring to place its focus on the changing regulations coming for 2022.

Despite the lack of development on the 2021 car, Schumacher was confident Haas would be able to exploit every area of performance it could with the baseline it will begin the year with.

"It's about trying to get everything right now, pushing every detail, that I'm perfect and I'm able to deliver perfection every single time I go out on track,” Schumacher said.

“It is to have no questions and no doubts in any situation. It’s very important to have a very good relationship and communication with the team, and to use and take every opportunity to get forwards - to get points, to get whatever it might be, to basically be open minded for every situation that you may face in a race or in a weekend.”

Williams has "almost a first-race upgrade" for F1 testing

F1 reveals six sprint races for 2023 including Spa and Baku