Both men spun when Schumacher ran into the Williams driver, and while both were initially able to continue, Latifi lost time in the pits for damage inspection, and later retired with an electrical issue.

Schumacher, who received a five-second penalty for causing a collision, finished his final race for Haas in 16th place.

"In general with these cars you don't really have a big overview of what is happening in your surroundings," said Schumacher when asked by Motorsport.com about the incident.

"I mean, the tyres are super high, the steering wheel is in your face. So he outbraked himself a bit, went wide, and then came back onto the track. And I didn't expect that, to be fair.

"And I just simply didn't see him. So frustrating at the end, I still managed to kind of get some good laps in, but by the end, the tyres were just gone. So yeah, a frustrating one, not the best, but we'll look ahead."

Asked if he accepted the penalty as fair, he said: "To be honest, I don't really care." 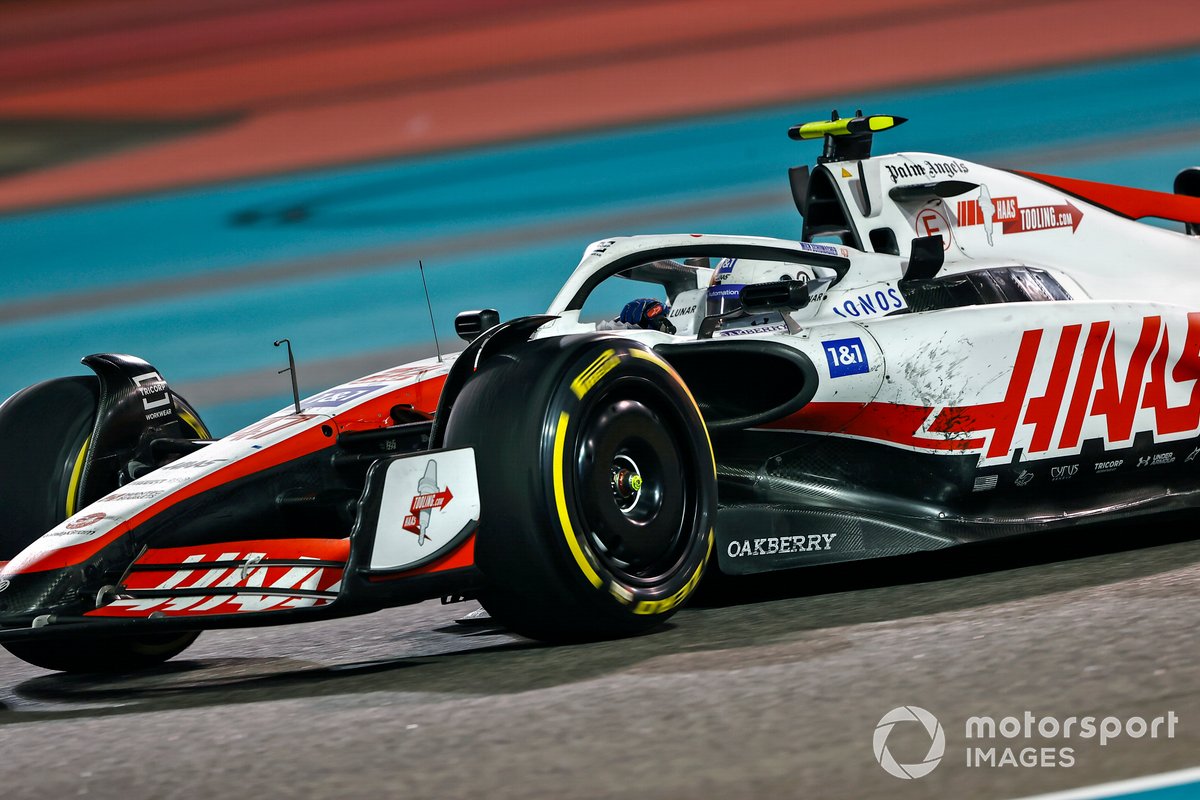 Schumacher admitted that it hadn't been his best race for the team.

"On the one lap, things always look a bit different because you can as a driver really get everything out of it in the race.

"It's a bit more difficult [in the race] I'd say just because you have different components, winds change, tyres the moment you lock up, the tools, the systems, everything has to be perfect to get the best out of the race. And simply today that wasn't the case."

He insisted that his final outing didn't feel different: "Not really, actually, I was surprised. It didn't feel for one that it's the last race of the season. And two, it didn't feel like my last race. So again, my mind is pretty much set on coming back in '24."

Schumacher is expected to have a reserve driver role for Mercedes next year, which will mean that he will be available to several other teams as well.

However, he played down the suggestion that he would be a logical first choice for any team that might need a driver in the near future.

"I wouldn't say I feel like I'm in pole position, but I do feel confident that I'll be able to put something in line for me where I feel comfortable with.

"I've shown my pace, and I know a lot of people in the paddock are happy about how I've developed, and so I'm sure that it will be able to talk to a great deal of teams."

Asked if he was close to securing a reserve deal, he said: "You'll find out."