In late-August 1998, a soaking wet Spa-Francorchamps circuit played host to one of the most significant races of the Formula 1 season – as recalled in the Motorsport Heroes movie.

Going into the Belgian Grand Prix, McLaren’s Mika Hakkinen led the championship by seven points, with only Ferrari’s Michael Schumacher and David Coulthard (Hakkinen’s teammate) still in title contention with him.

There was drama right from the start, as Coulthard crashed in soaking wet conditions, sparking a huge multi-car shunt on the downhill run towards Eau Rouge that took out 13 cars and caused a red flag. 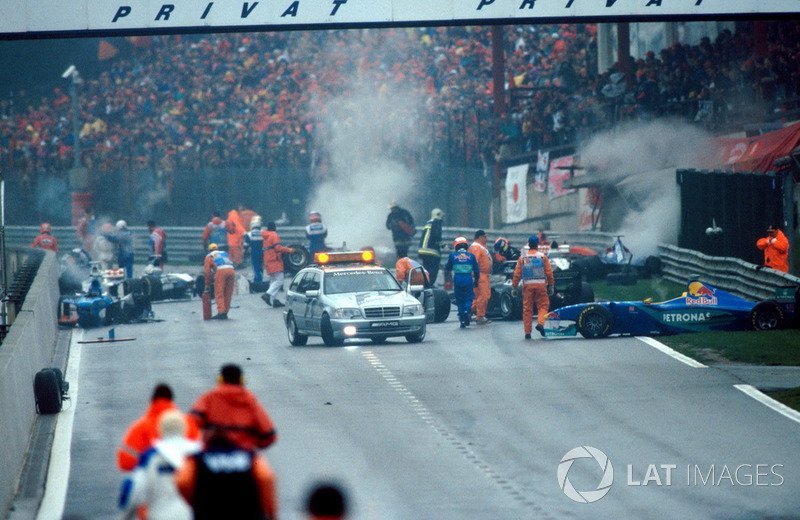 The aftermath of one of the worst ever F1 Crashes

At the restart, Hakkinen clipped Schumacher and spun at the first corner and was collected by Johnny Herbert’s spinning Sauber – putting them both out of the race. 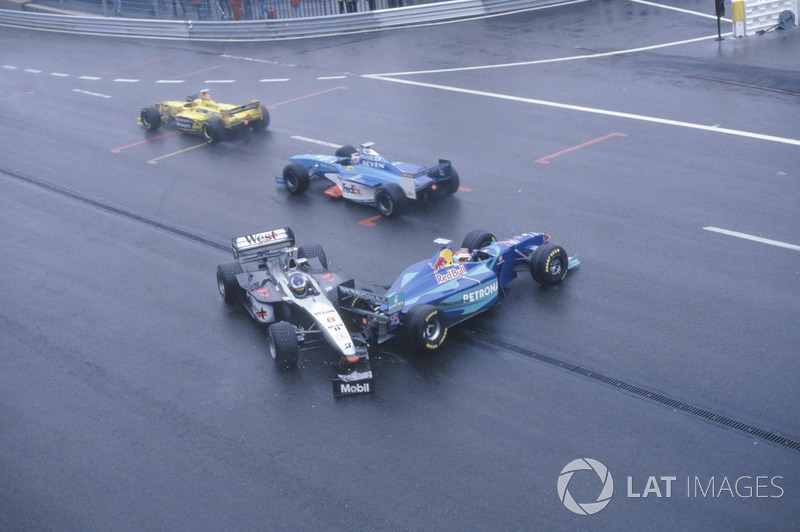 Schumacher now appeared to be set fair for a crucial victory – that would result in the points lead with three races remaining – only to collide with Coulthard, in McLaren’s spare car, who was running a lap down after another opening lap spin.

Coulthard claimed he was lifting out of the throttle to let Schumacher past, but Michael confronted him later in the pits and accused him of “trying to f**king kill me”. 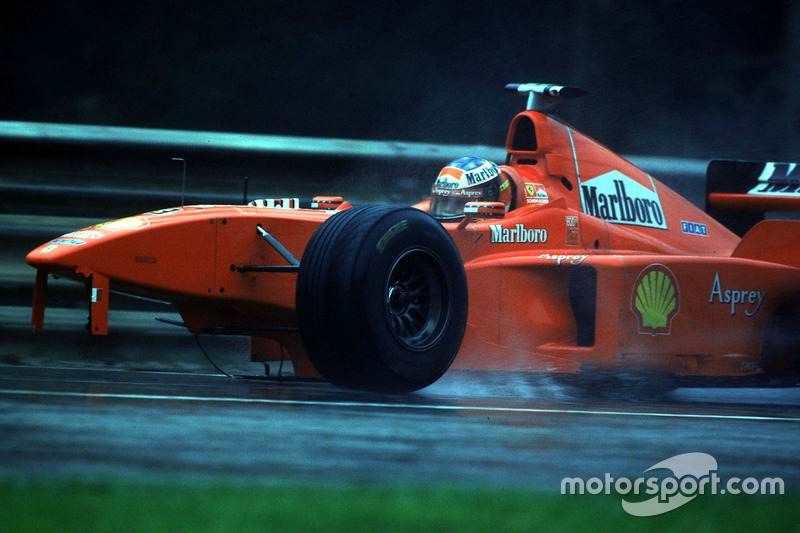 Michael Schumacher, Ferrari after the crash

Damon Hill went on to lead Ralf Schumacher to a Jordan 1-2, the team’s first ever F1 victory, while Jean Alesi scored the final podium finish of his F1 career for Sauber.