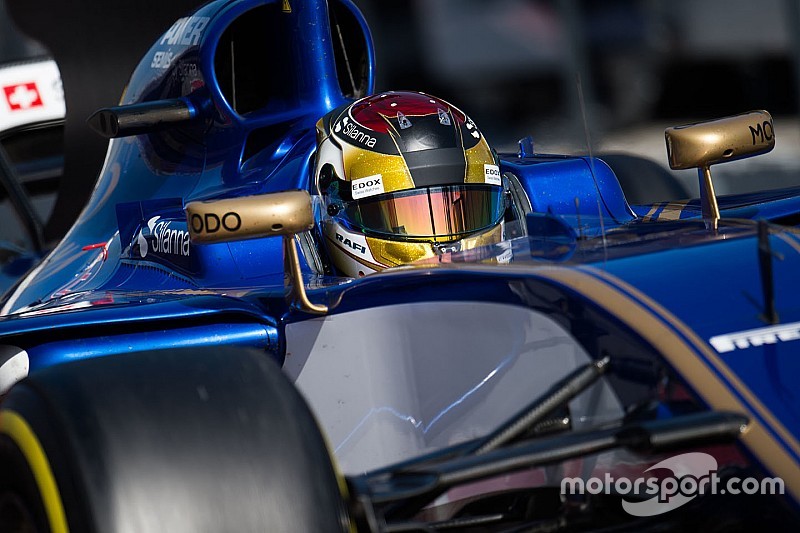 Sauber team principal Monisha Kaltenborn has rubbished suggestions that there is a wider conspiracy behind Pascal Wehrlein's ongoing absence from F1.

Wehrlein's lack of fitness in the wake of his Race of Champions crash forced him out of the Australian Grand Prix, and prompted a decision for him to miss this weekend's race in China too.

But the issue has led to some scepticism, with many observers suggesting racing drivers have often overcome bigger physical issues to ensure they did not miss any track action.

When asked by Motorsport.com about how she reacts to the conspiracy theorists, Kaltenborn said: "I have to disappoint you there, the story is actually very straightforward and it might just not be good enough for some people to sell it better.

"The facts are – and it's really the way it is – he had this accident in America, and most of us saw the pictures. You see it's quite an impact, particularly his back suffered there as a result of the accident, and there was a lot of load on the back. These kinds of things you have to take seriously.

"Since that accident he got very clear medical instructions, under which he could not do very much training. It surprised us he actually got medical approval to be able to be in the car again that quickly, and the doctors also told us it's the result of having such a fit condition.

"We put him in the car step-by-step, never a whole day [of testing] but half-days. But we all know there's something he's missed out, which he has to catch up.

"If you were at the second test, or at the first race, you already saw what a difference there was physically in Pascal. But it takes time to catch up. We can't do miracles."

Wehrlein will not attend this weekend's Chinese GP so he can focus on improving his fitness, with a decision about his return in Bahrain to be made early next week.

Kaltenborn said she was at a loss to understand anyone criticising Wehrlein for not wanting to race.

"I don't understand, because he did the same thing in Australia [drive the car for one day]. He really wanted to be there, he trained so hard in that time.

"You just cannot force things, and when the driver is saying this you cannot simply take that risk. That's why I don't understand it, particularly because you know his personality, and you know how ambitious he is and what dreams he has.

"I think it's very unfair, and you can't compare the situation. It's been a massive impact, this compression to his vertebra. You can't underestimate these kind of things.

"It's may be not such an exciting story, but it is as it is. You mentioned the examples – Sergio [Perez in 2011], he wanted to sit in the car in Canada, and it didn't work, so we had to pull him out.

"You cannot compare these accidents at all. And even Marcus [Ericsson] after his accident last year, it was not easy to sit in the car because the body simply takes its time. It's just a simple as that."