The Swiss team is still looking for that Russian investment. 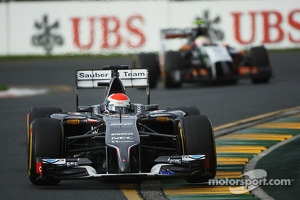 Originally set to feature the teen Sergey Sirotkin on the 2014 grid, talk of the Swiss team's Russian buy-in has now quietened in the F1 paddock.

Asked if the deal is still on track, team boss and co-owner Monisha Kaltenborn insisted: "Yes. We are continuing to move in that direction."

She told the Russian website f1news.ru that "active negotiations" are currently taking place with Russian companies.

"The lesson we have learned in recent months is that when you are dealing with organisations such as this, you have to understand their notions of time.

"We also need to understand that in these negotiations, sometimes other circumstances that are maybe more important to these companies than Formula One will interfere," Kaltenborn added.

So while an earlier priority was to quickly get Sirotkin a super license and push him onto the grid, Kaltenborn said the 18-year-old is now more focused on the Formula Renault 3.5 series.

"At the moment, everything is going according to plan," she said. "He has a seat with Fortec, I am sure he can get great results, and then we'll think about the next step."

A more immediate priority for Sauber is to improve its 2014 car, after the Ferrari-powered machine struggled badly on the straights at Albert Park.

"Last year we managed to turn the corner," Kaltenborn said, "and we will do it again."