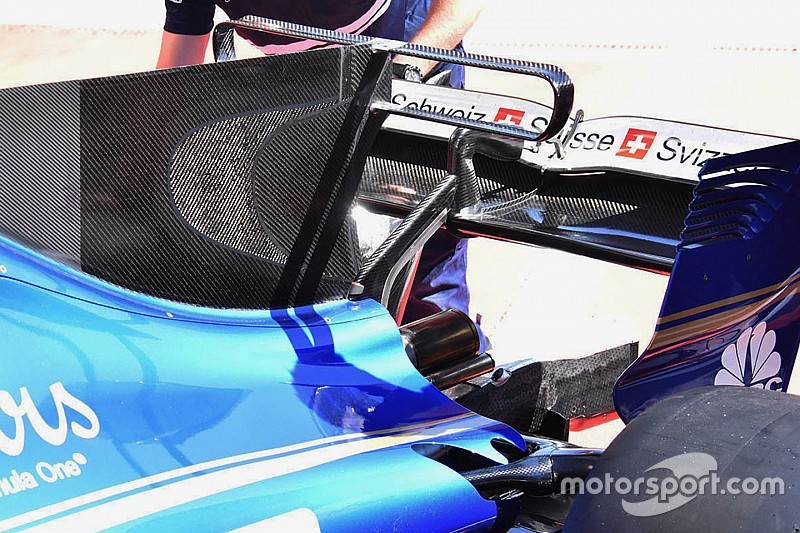 Sauber has gone down the McLaren route with the new version of its T-wing, introduced in the Russian GP, just days after a decision was made to ban them for 2018.

The Swiss outfit trialled the McLaren-style version during Friday free practice at the Russian Grand Prix and it remained on the car for Saturday morning's action.

Marcus Ericsson trialled the design on the opening day at Sochi but the tricky track conditions, allied to the troubles teams have had understanding tyres around the Russian GP venue, left him unable to say for definite how much of a benefit it had delivered.

"It was a bit difficult to feel things because the track evolution has been so big, so from run to run it's getting so much faster all the time," he explained. "So it's difficult to feel specific things, I would say."

Widespread unhappiness about the aesthetics of the shark fins and T-wings has prompted a move by teams and the FIA to rewrite the rules for next year to get them banned.

That was backed by the F1 Commission earlier this week and now just needs ratification by the FIA's World Motor Sport Council.