Sauber do not score points in Malaysia 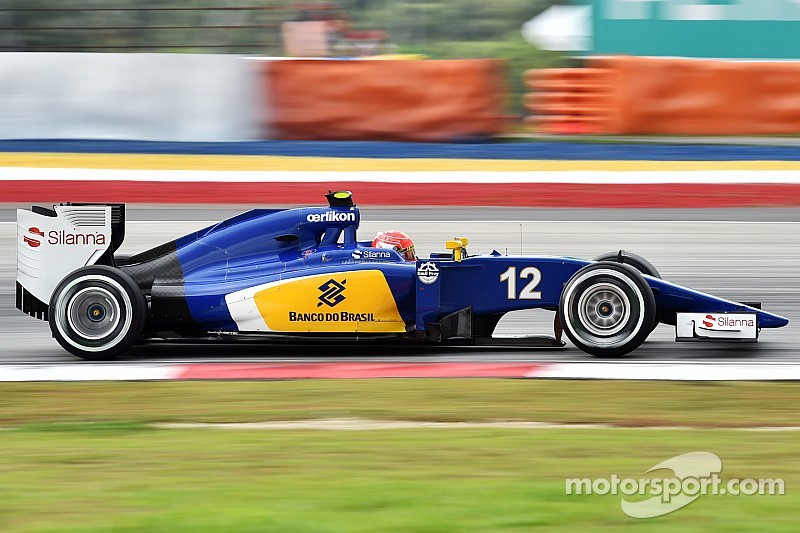 After a quite a promising qualifying to the Malaysian Grand Prix on the Sepang International Circuit, the race ended in disappointment for the Sauber F1 Team: Felipe Nasr had to pit on lap two after he made contact with Kimi Räikkönen’s Ferrari. The mechanics had to fit a new nose to his car, and, as a result, his chances were significantly reduced. He finished in P12. Marcus Ericsson’s race ended on lap four, when he tried to overtake Nico Hülkenberg and got stuck in the gravel trap.

Marcus Ericsson (DNF): “It is a very frustrating end to a good weekend. I felt comfortable in the car straight away and had a good start during which I could make up one position. Nico (Hülkenberg) must have had a good start as he was ahead of me, but I felt I had more pace than he did. When I tried to pass him down to Turn 1, I went for the move to the outside. I know it is possible to overtake there, but unfortunately I lost the rear, went off and got stuck in the gravel trap. Anyway, we need to take the positives out of this weekend, and I have learned from what happened in the race. In China we will be even stronger.”

Felipe Nasr (Finished 12th): “It was overall a difficult weekend for me. I was struggling to find a good set-up for the car. We need to reflect and understand why we didn’t have enough pace. The race itself was not easy, as I had contact early on with Kimi (Räikkönen). I should have avoided this incident, but it can happen sometimes when we are racing. Now we have to look forward to the next race weekend in China.”

Monisha Kaltenborn, Team Principal: “It’s a shame that today we were not able to score points, because, for sure, the opportunity was there. Unfortunately, both drivers were involved in incidents in the first few laps. For Marcus the race was over, and Felipe’s chances were significantly reduced. But he fought strongly afterwards, although unfortunately he was not rewarded with points. This result is obviously disappointing, but there are also positives we can take from this race weekend. Our package is competitive, which puts us in a position to fight for points. We have to make sure that we grab these chances.”

Giampaolo Dall’Ara, Head of Track Engineering: “On the technical side it was another flawless afternoon without any noteworthy issues, which is the positive we can take out of this race. Unfortunately we had both drivers involved in incidents within a few laps, and our planned strategy was destroyed. So we had to reinvent the race with only one car, because Marcus was out. We switched from three to four stops, which was not planned. Nothing was wrong with that, but after the early incident the race was lost. It’s obviously a big disappointment.“

Lotus' Grosjean finished just shy of the points in Malaysia