Sauber drivers Kamui Kobayashi and Sergio Perez have been disqualified from the Australian Grand Prix after FIA Stewards discovered the rear wing of the Sauber C30 was not conform the regulations. According to the officials the upper rear wing element was not within the specifications of Articles 3.10.1 and 3.10.2 of the Technical Regulations. 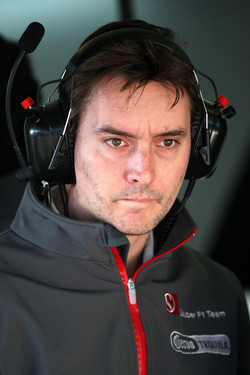 Sauber has published the following statement: “After having shown a great performance at the season’s opening race in Melbourne with Sergio Pérez finishing seventh and Kamui Kobayashi coming eighth, the Sauber F1 Team got excluded from the race results with both cars (Sergio Pérez and Kamui Kobayashi). The FIA stewards of the meeting have found the team in breach of article 3.10.1 and 3.10.2 of the technical regulations.

James Key, the Sauber F1 Team’s Technical Director said: “This is a very surprising and disappointing result. It appears that there is a question over the top surface of the uppermost rear wing element, this area is not the working surface of the component and therefore relatively unimportant to its function. Certainly this has not lead to any performance advantage. We are checking the design of the parts now to better understand the situation and we intend to appeal the decision made by the stewards.”

From the FIA 2011 Technical Regulations:

Furthermore, no part of this section in contact with the external air stream may have a local concave radius of curvature smaller than 100mm.

Once this section is defined, ‘gurney’ type trim tabs may be fitted to the trailing edge. When measured in any longitudinal cross section no dimension of any such trim tab may exceed 20mm.