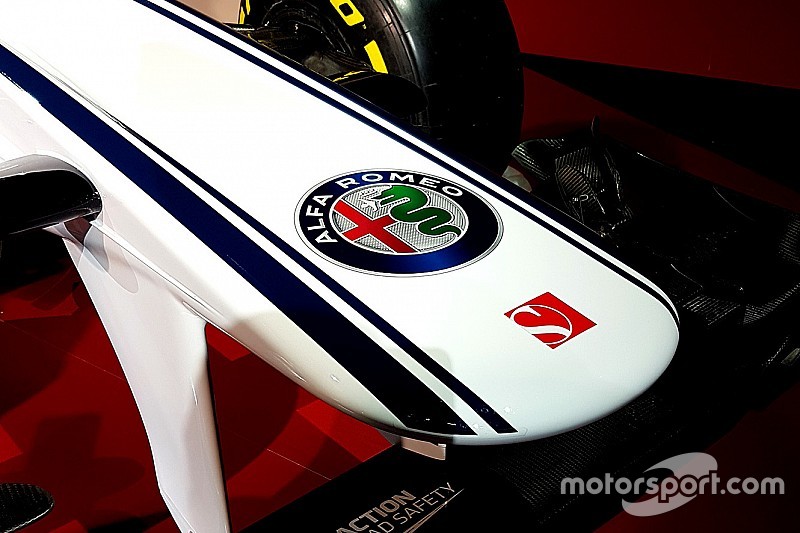 The Sauber team will present its 2018 Formula 1 car on February 20, the Swiss squad announced on Monday.

Sauber said the Ferrari-powered C37 will be launched online.

In Monday's announcement, the Hinwil-based outfit also revealed parts of its new image, switching from its traditional blue to Alfa Romeo's red for its logo.

Sauber will have Alfa Romeo as its new title sponsor for the 2018 season, the team having revealed a show car with the Italian manufacturer's colours at the end of last year.

The Swiss team will retain Marcus Ericsson for the upcoming season, with Formula 2 champion Charles Leclerc joining him in the driver line-up.