Subscribe
Previous / Latifi shocked by "hate, abuse and threats" after Abu Dhabi GP crash Next / Sulayem to devote "as much as needed" to improve F1
Formula 1 News

Santander will return to Formula 1 in 2022, rejoining Ferrari as a partner after a four-year absence from the series.

By:
Megan White
Co-author:
Jonathan Noble
Listen to this article

The Spanish financial giant will become one of the team's premium partners, with its logo featuring prominently on the team's cars, race suits and caps.

It will also support the team's efforts to become carbon neutral by 2030.

Santander was previously involved in F1 from 2007 to 2017, spending eight seasons with the Italian team.

It joined McLaren with the arrival of Fernando Alonso in 2007, before moving to Ferrari with the Spaniard in 2010, although its UK branch retained links with the Woking-based outfit through its work with Jenson Button.

The bank also took title sponsorship of several races over the years, including the British Grand Prix from 2007 to 2014, and the Spanish GP from 2011-13.

John Elkann, chairman of Ferrari, said: "It's an honour to team up again with a global financial institution like Santander, which is committed to responsible banking and has shown leadership in renewable energy finance and ESG (environmental, social and governance) advisory services all around the world.

"We look forward partnering with them to deliver our key objective of becoming carbon neutral by 2030.

"We believe Formula One with its innovations and technological developments will benefit our industry and ultimately society as a whole."

Ana Botin, executive chairman of Santander, said: "We are very excited to work with Ferrari again, and support them in the green transition.

"Santander is fully committed to tackling climate change, and as Europe's leading provider of auto finance, we are determined to help the auto industry as it goes green.

"Our new partnership with Ferrari will accelerate our common progress." 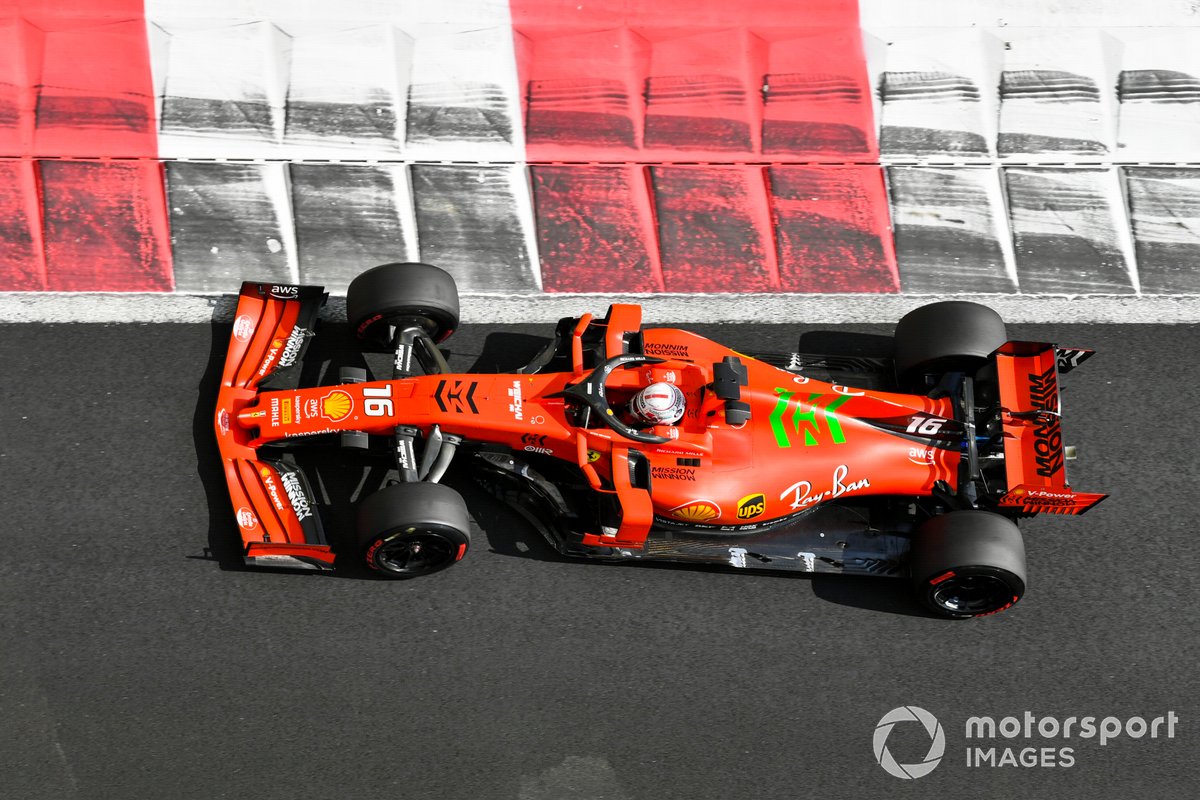 The announcement came after it was revealed Philip Morris International's Mission Winnow campaign could step back from being the team's title partner.

The full Mission Winnow branding has been used on and off since 2018.

The team ran without it for 2020 before a new green logo and the wording reappeared at the start of 2021, however it was removed again for EU races.

Asked about whether or not Mission Winnow would remain as title sponsor with its stickers on the car next year, Ferrari team principal Mattia Binotto said: "We are still discussing with PMI.

"It is very likely PMI will remain, [but] maybe not as a title sponsor. So maybe let's see.

"It can depend on what do you mean by Mission Winnow, on the car or not.

"You mentioned stickers, so we're discussing rights. It will be announced as soon as we are ready to do it."