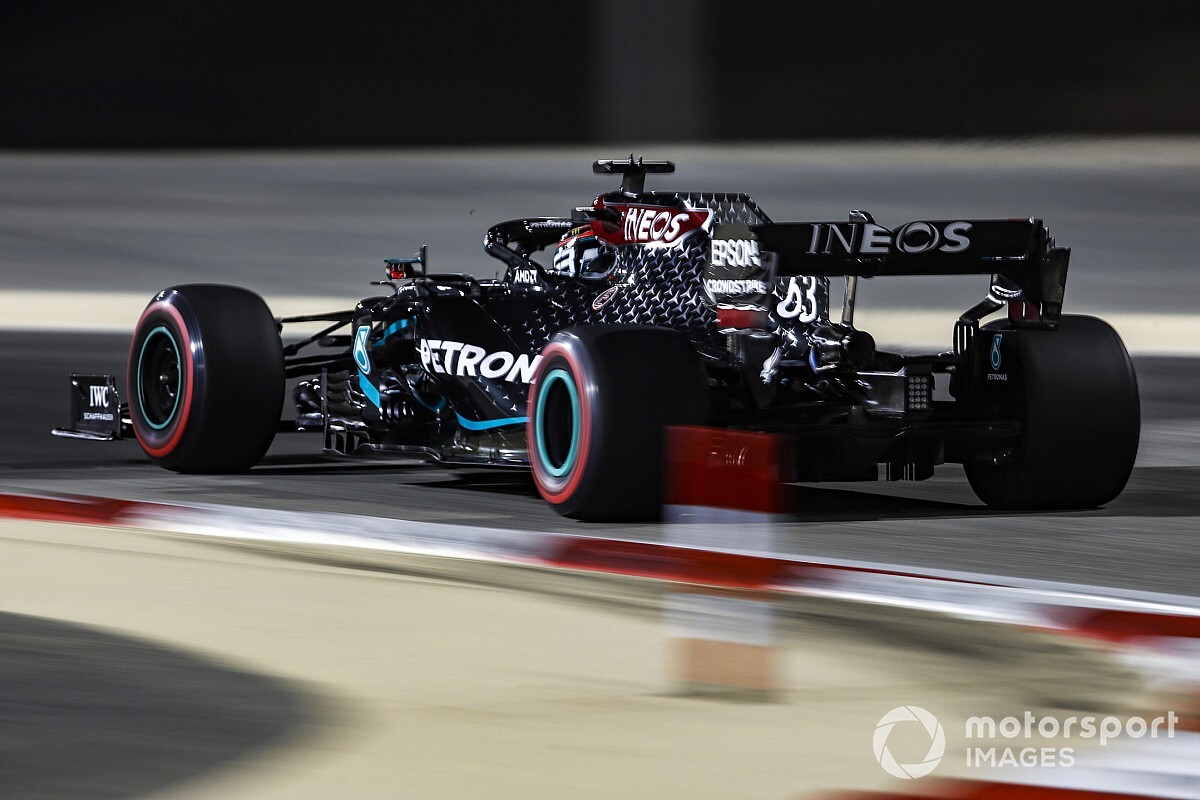 George Russell set the fastest time on the opening day of Sakhir Grand Prix practice at Bahrain International Circuit on Friday for Mercedes, on his race weekend debut with the team.

In the first-ever F1 practice session on the short, 2.2-mile ‘outer loop’ layout of the Sakhir track, Russell took centre stage as he replaced seven-time champion Lewis Hamilton, who is absent while recovering from COVID-19 symptoms.

Russell worked down to a laptime of 54.546s in FP1, 0.176s faster than Verstappen with the second Red Bull of Alex Albon third quickest.

Bottas could only manage the fourth-fastest time, three tenths off his new teammate, but team chief Toto Wolff confirmed after the session that he’d suffered car damage early in the session on the bumpy track surface.

The AlphaTauris were best of the rest, with Daniil Kvyat leading Pierre Gasly, ahead of Renault’s Esteban Ocon and Ferrari’s Sebastian Vettel.

In FP2, Russell topped the timesheets again, 0.128s quicker than Verstappen this time. Sergio Perez jumped up to third for Racing Point, with Ocon fourth, ahead of Albon. Continuing his scruffy day, Bottas was only 11th, but had times deleted for exceeding track limits and aborted another run. His fastest time was set on the hard tyre.

Of the rookies, Pietro Fittipaldi (Haas) and Jack Aitken (Williams) ended the day at the bottom of the times. Fittipaldi was 0.3s off teammate Kevin Magnussen, with Aitken 0.5s away from Nicholas Latifi.

It was a bad day for Ferrari’s Charles Leclerc, who was 10th in FP1 and then missed almost all of FP2 with a transmission problem that the team described as a driveshaft issue.