Leclerc and Perez head into F1's 2022 season finale on equal points, so whoever finishes the highest in Sunday's race will wrap up the position behind sovereign world champion Max Verstappen.

For all its world titles, it would be the first 1-2 finish in the drivers' championship in Red Bull Racing's history, and it would also be the best finish for a Ferrari driver since Sebastian Vettel in 2018.

The battle for second came into focus at last weekend's Sao Paulo Grand Prix, in which Verstappen refused to let Perez past for sixth place due to an undisclosed disagreement between the two earlier this season.

After the race talks were held between both drivers and Red Bull's management, with Verstappen promising he would help his Mexican teammate in Abu Dhabi if needed.

On Ferrari's side the topic has not caused any friction, with Sainz declaring on Saturday that he would be happy to help Leclerc if Ferrari asks him.

"I think if Charles needs it, I will give him a hand, but I guess first he needs to beat Checo himself in the championship," Sainz said.

"I'll focus on my own race and trying to finish the season with a podium, on a high, but if the team asks me to let him by or help him in the fight with Checo I will do so. 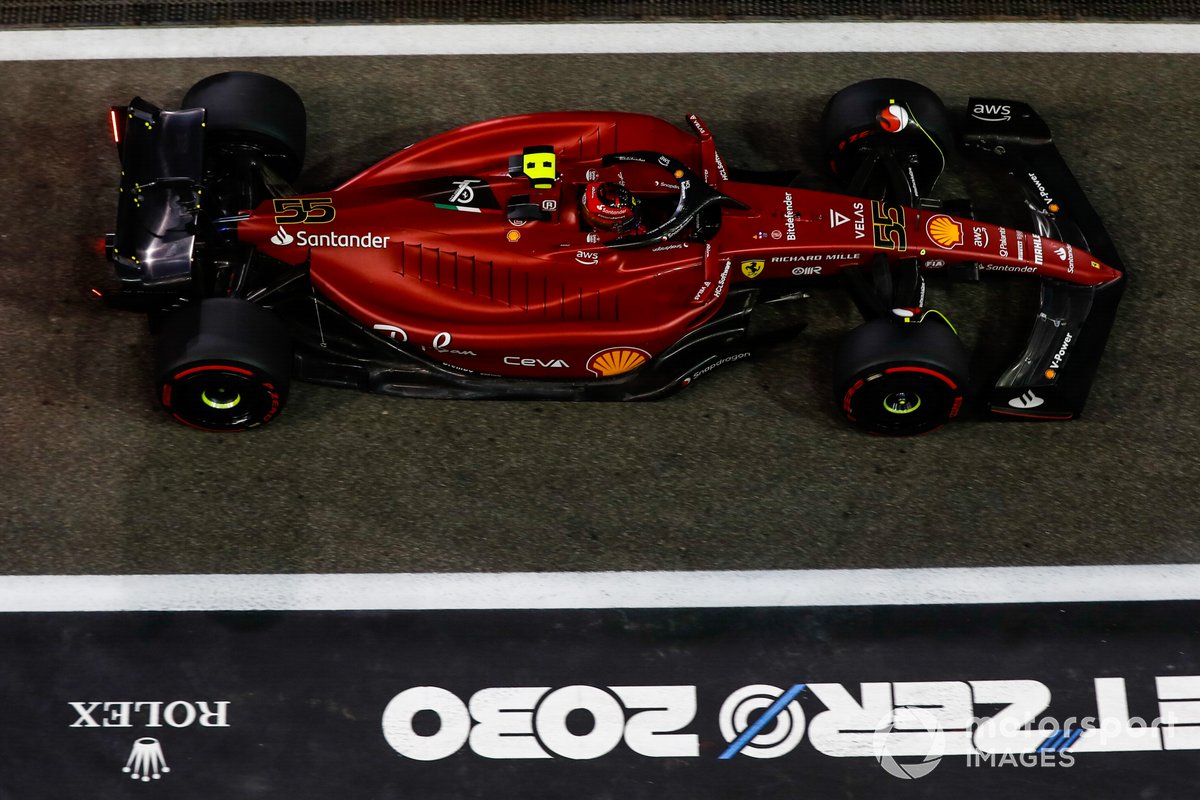 "We need to play by the moment and see where everyone is at what time. I've never had a problem with letting anyone by in the race with any teammate.

"I don't think it should be a problem for me, I'm just going to focus on finishing the season strongly.

"I had a very strong quali, I was very quick so I should be quick in the race."

Sainz thinks Leclerc's challenge for second looks set to be tough as Red Bull proved the class of the field in qualifying, with Perez qualifying second behind polesitter Verstappen and one spot ahead of Leclerc.

"There's not a lot of corners on this track now so to be to three tenths off Red Bull, I think they just dominated the whole weekend," the Spaniard added.

"They've been just quite a big step quicker than us in every run. In quali we did come closer but they still have the upper hand which normally means that in the race, they should be even quicker.

"In the race we will try and beat them but our race and our focus is also on Mercedes. Mercedes is normally quicker in the races, so I think it's going to be an interesting fight."