Carlos Sainz admits that a mistake on his final Formula 1 run in Q3 cost him a shot at pole position for the Azerbaijan GP.

The Spaniard built up his pace over the course of the weekend and knew he had to take more risks when it mattered come qualifying.

Sainz was fastest after the first runs, despite a close brush with the wall. However, in trying too hard to get a perfect last lap in he made a mistake that ultimately dropped him to fourth on the grid behind Ferrari teammate Charles Leclerc and Red Bull duo Sergio Perez and Max Verstappen.

"It's frustrating especially when you see the track evolution that there was in the second run in Q3, with the track temp dropping and the track gripping up,” he said when asked about his last lap by Motorsport.com.

“It cost me quite a bit, but I'm still in the fight, I'm still making progress, so I'm going to take the positives.

"Baku is like this, it's proper on the limit, and it’s probably where I'm lacking a bit of experience with this car, to be properly on the limit or exactly where to find the last tenth in quali in Q3 run two.

“But the important thing is that I was there, that I am making progress, and that for tomorrow I think we are in the fight, and we have a good chance to recover." 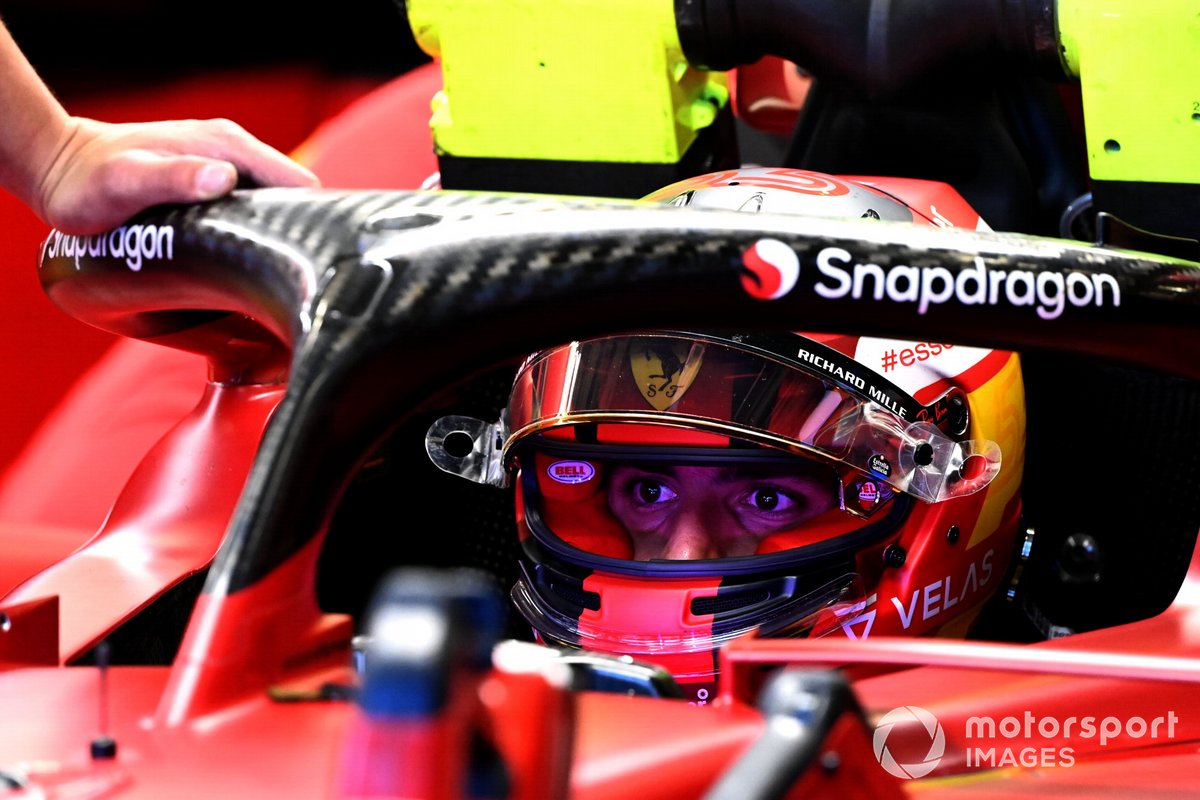 Sainz had lagged behind Leclerc on the timing screens during practice before making his mark in Q3.

"I'm thinking a bit of margin on Fridays and FP3s just to make sure I understand the car before pushing it to the limit,” he said. “After a couple of moments in the last few races, I've decided to take a bit this approach.

“And honestly, doing practice I always felt within reach, I just knew I needed to take a bit more risks in qualifying, and as soon as I started taking them, I was in a fight with Charles and the two Red Bulls. It's just that last run that I just wanted to find a bit more, and there wasn't."

Sainz opted to do his Q3 runs without the benefit of a tow, having weighed up the pros and cons.

"Honestly, it was my call,” he admitted. “The whole quali had been quite consistent in terms of track positioning and tyre preparation.

“So I knew I was giving around a tenth and a half on the main straight because of this, but tyre preparation and clean air in front is also important, and it was my goal to go ahead and try and get clean laps in.

“So we will analyse it and maybe the other was the better call, but I mean the mistake was made, not the track position."