Straightline speed "one of the best things" of 2019 - Sainz

Carlos Sainz says McLaren's straightline speed has been "one of the best things" about the start of the 2019 Formula 1 season.

Sainz has switched to McLaren from the Renault works team but is continuing for a third straight season using the French manufacturer's engines, because McLaren is a customer.

Renault's reliability remains dubious but it has made a performance step in 2019, while McLaren also appears to be able to run with less drag this year.

Asked by Motorsport.com about McLaren's Azerbaijan Grand Prix prospects at the high-speed Baku circuit, Sainz said: "We've definitely been more competitive on the straights in the first three races, but we were also running a bit less rear wing than our main competitors.

"So, if all of a sudden, everyone equalises their wings towards a more low-downforce set-up like we were running in China or Bahrain, suddenly we could see that straightline advantage going away for us.

"We need to be on top of that, need to make sure we create a bit more of a lower-downforce set-up, a lower downforce car, and still be competitive in the straights.

"Because to be honest it's been one of the best things this year, to finally be decent on the straights in my fifth year in Formula 1."

Rookie teammate Lando Norris has scored McLaren's only top-10 finish of the season, earning his first F1 points with sixth place in Bahrain.

Sainz is still waiting to break his McLaren duck because of an MGU-K failure in Australia, a puncture and a gearbox problem in Bahrain, and first-lap contact in China.

Asked by Motorsport.com if he was starting to put pressure on himself to secure a breakthrough result, Sainz said: "I'm very hungry for a result, I want a result as soon as possible - hopefully Baku – but I am not desperate for a result.

"It's just one race, where there's a freak thing is not going to happen to me, and the result is going to come.

"So no, I'm not concerned. I want it, I'm very hungry for that first points finish with McLaren and a top 10, top eight, top six, but no, I'm not desperate for it." 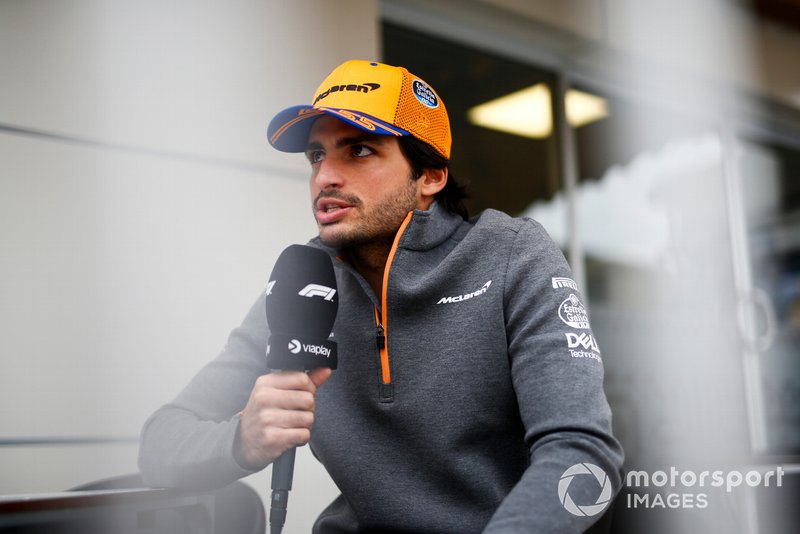