Sainz: "Not easy to get confidence back" after Miami practice shunt

Carlos Sainz said it "wasn't easy at all to get the confidence back" for qualifying at the Miami Grand Prix after suffering a heavy crash during FP2.

The Spaniard had a heavy crash in Friday's second practice session, spinning and hitting an unprotected concrete wall on the outside of Turn 14.

But he managed to regroup ahead of qualifying on Saturday and will line up second for tomorrow's race behind teammate Charles Leclerc, with his quickest time just 0.19s off the pace.

Asked how he had turned it around after his earlier accident, Sainz said: "Well, just building a bit from the pretty heavy crash yesterday, it wasn't easy at all to get the confidence back in such a difficult circuit like it is this new one on Miami.

"But yeah, kept it cool until Q3. I think I pulled out a couple of good laps. Not quite enough for pole position, but given from where I was coming yesterday, I will take it."

He added: "I think it is gonna be an interesting day with everything that's going on this weekend. I haven't done any long runs yet. I haven't put the fuel on the car and tried it.

"So tomorrow laps to the grid will be the first time to have a feel, which could be quite challenging.

"But at the same time, I'm feeling confident with the car. The car is really good to drive around here, so I think we can do a good job." 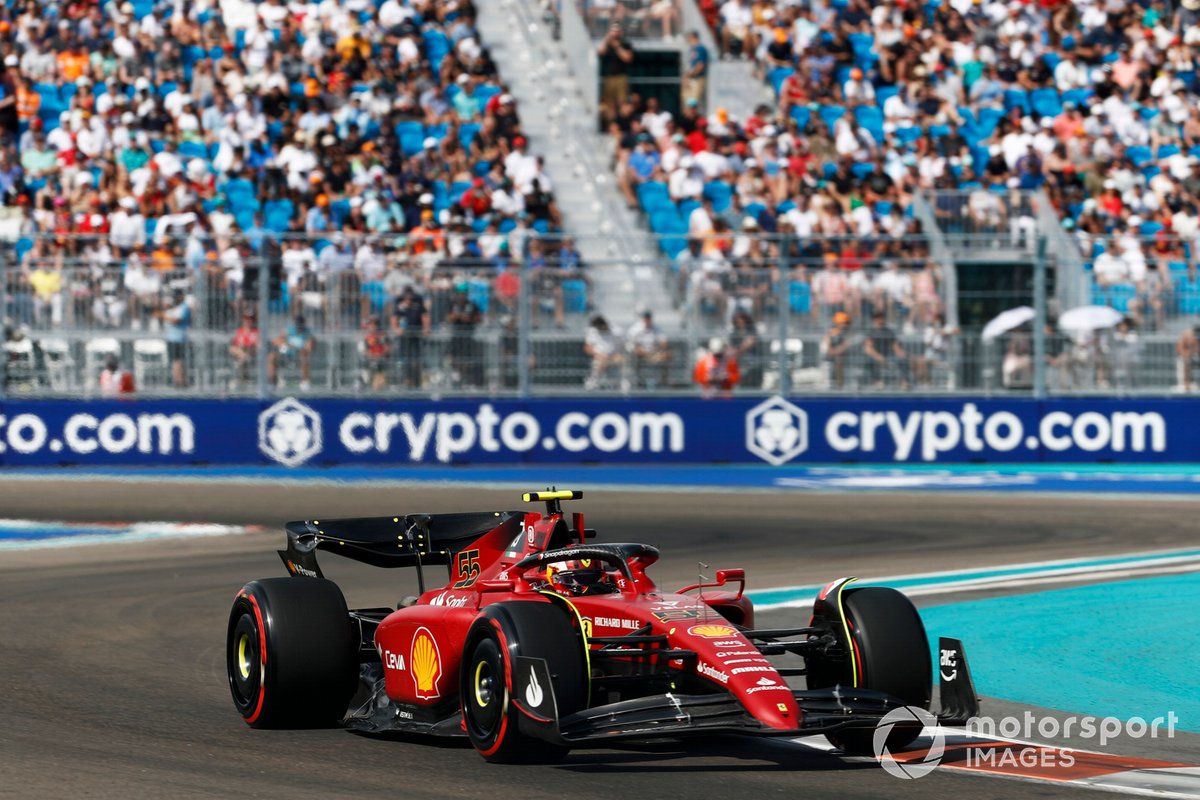 Sainz had looked set to line up third for Sunday's race, with Max Verstappen topping the timesheet after the first runs in qualifying.

But a mistake from the Red Bull driver through the Turns 5/6 complex on his final attempt forced him to abort the lap and allowed Sainz to slot in ahead of him and secure a Ferrari 1-2.

Sainz's accident on Friday came after his frustrating first-lap retirements in both the Australian and Emilia Romagna GPs.

He said the Ferrari F1-75 is still "surprising" him and that he was "still learning a lot of this car."

But he insisted that the speed he'd demonstrated on the new circuit before the crash was the one positive he could take from the day.