Carlos Sainz says his moves to overtake the two Mercedes and grab the lead early on in the Portuguese Grand Prix were actually "pretty easy". 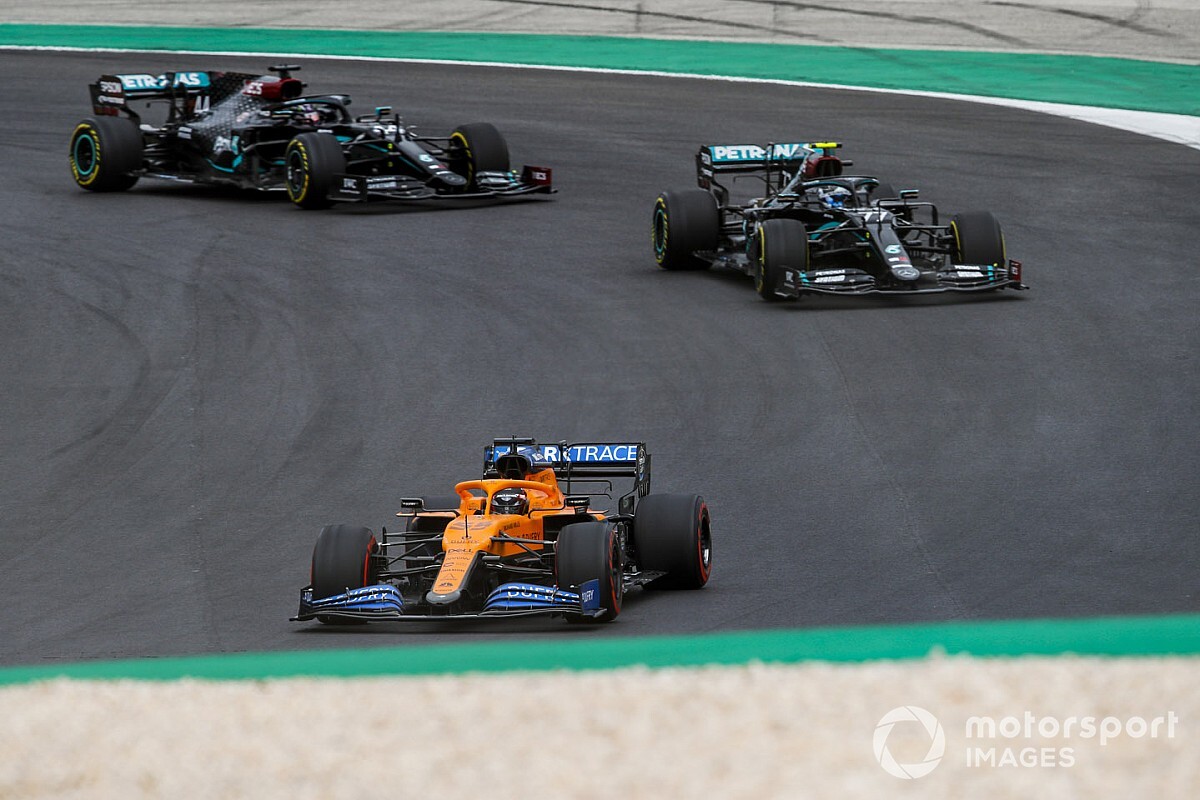 The Spaniard made the most of his switched-on soft tyres to muscle his way past Lewis Hamilton and Valtteri Bottas and lead for several laps at the Algarve circuit.

And although he had never expected to go from seventh on the grid in to the lead by the second lap, Sainz said that tyre advantage he had over other cars made it quite simple.

Sainz believed the key factor that helped him was ensuring he had got enough heat in to his tyres on the formation lap.

“I put a lot of emphasis on the warm-up lap to try and make sure I got the tyres up to temperature,” he said. “Then you see a few cars here on the medium tyre, others on the soft, but I think those extra few degrees on the soft tyre and those extra degrees that I put on the formation lap gave me this good first lap.”

However, he admits that it nearly all went wrong on that first lap when he was caught out by Hamilton braking so early.

“I nearly crashed into him there because he was braking so early, but I can just drive around the outside no problem,” he said.

“Now I see Valtteri, and I was expecting, because it was not raining any more, I was expecting him to pick up the pace. I don’t know, I was just super comfortable.

“Then I’m on top of him, and I try to show my nose to try and make him a bit nervous and look in the mirrors, and he misses a bit the apex. I think that showing a bit the nose got him looking in the mirrors and missing the apex, that got me into the lead.”

Sainz could not hold on to the lead for long though once Mercedes had their tyres up to temperature, and he eventually slipped down the order to finish sixth after suffering from graining. He thinks it’s an issue that McLaren is particular exposed to.

“Yeah, we’ve been struggling the last couple of races with the cooler temperatures,” he explained. “Our car tends to understeer a bit in mid-corner, and that damages the front left quite a lot.

“It has been a feature of our car recently, and we need to keep investigating why, because today, without the graining, after leading at the start, I think we could have at least finished P4, P5, with a normal race.”

Hamilton says leg cramp made him lift off several times