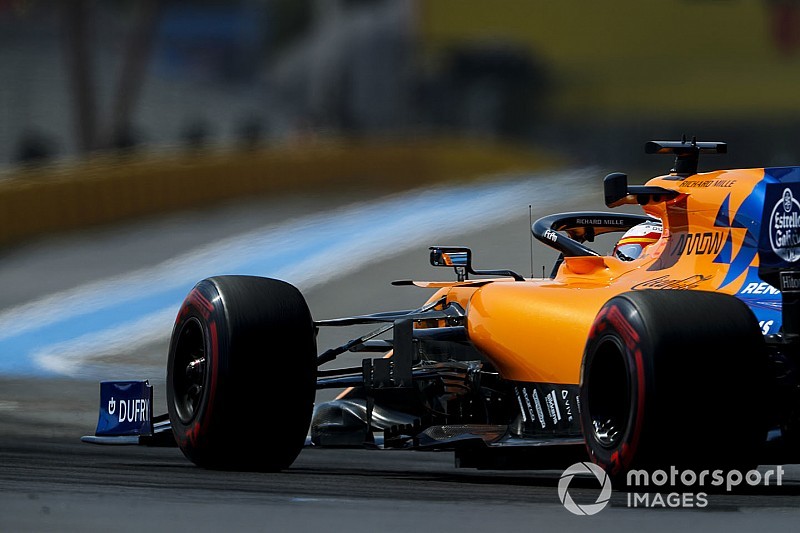 Carlos Sainz says the role that Renault played in helping lift McLaren to its best team qualifying performance in nearly five years should not be downplayed.

Renault has faced some reliability struggles this year, but the progress its power unit has made in power terms was evident at Paul Ricard as McLaren just missed out on beating both Red Bulls on the grid.

Onboard comparison laps between Norris and Verstappen showed that the McLaren made good gains on the straights against its Honda-powered opposition, and was dramatically quicker under acceleration out of the final corner.

Sainz thinks that McLaren's pace owes much to gains from Renault, which handed it latest upgraded power unit to works driver Daniel Ricciardo this weekend.

"We are happy to beat one Red Bull and we just missed out by a few thousandths against the others, which is good news," said Sainz.

Sainz says that there has been no magic bullet to why McLaren has made such an improvement with its car recently – as he denied its form was down to a hidden major upgrade.

"If the question is, has there been any big upgrade for this race? It is no. There have been little things coming for the whole year and we don't know how much is the magnitude of each, because when you introduce a lot of small stuff you don't really know when suddenly a big thing is coming.

"But I also disagree that this track doesn't suit us on paper. Coming in here we knew that the upgrade we introduced in Spain helped a lot in high speed corners. We still have some work to do in slow speed , but in high speed we are happy with the car and there is quite a lot of high speed here."