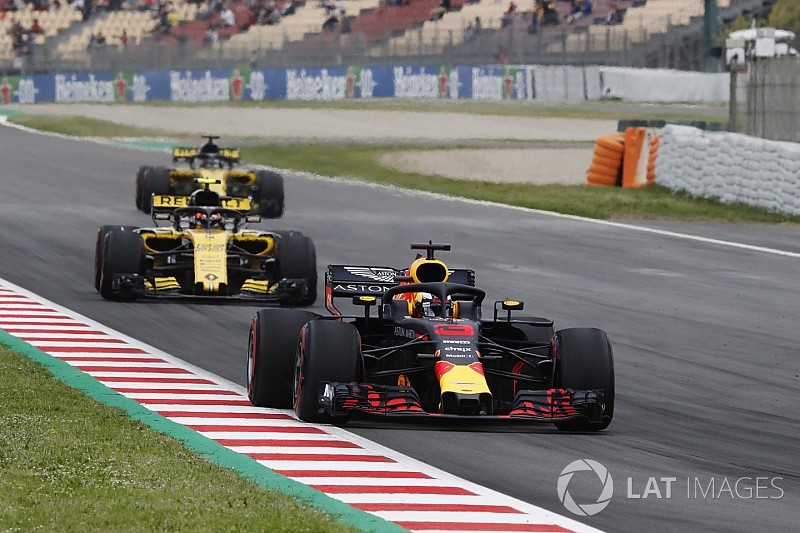 Renault Formula 1 drivers Carlos Sainz and Nico Hulkenberg have both claimed that the works team won’t miss Red Bull Racing as a benchmark when the Milton Keynes outfit switches to Honda power next season.

Since Renault returned as a works team in 2015, it has been able to judge its progress on the chassis side against the form of RBR, a team which has been able to challenge for wins on a regular basis.

Next year McLaren will be the only Renault customer, but Sainz insists that the Enstone team already knows in what areas it needs to improve.

“I think that the team is very conscious of where we are,” said the Spaniard when asked by Motorsport.com.

“Thanks to this year and the last few years next to Red Bull, we know perfectly well where this team is lacking the last step or two to become a top team.

"But from here onwards we don’t need that figure any more, we know where we are, and where things need to improve.”

Hulkenberg backed up his teammate, and insisted that the fastest cars on the grid should be the benchmark, whatever engine they are using.

“I agree with that,” he said. “We don't need another team or another car as a benchmark.

"The benchmark is being in the competition anyway, and your laptimes will tell you and show you were you are.

“The leading cars are always the benchmark. We know we have work to do and where we want to improve, and not having Red Bull anymore is really not a disadvantage or a benefit or whatever.

"It doesn't make a difference.”