The progress of youngsters like the Spaniard himself, Charles Leclerc, George Russell and Lando Norris, has opened the possibility of new faces gunning for victories as their teams make progress up the grid.

So far, their rivalries have proved to be exciting but fair, and Sainz is keeping his fingers crossed that even when the stakes get higher, they can all keep at it in the same way.

“I just enjoy battling guys like Charles, Lando, and George when he will get the Mercedes next year,” explained Sainz.

“It’s a generation of drivers that, even if I am not exactly the age that they are, I just enjoy fighting with them. I think they are on a very good level, but in a way they also manage to keep it clean on-track, and put together good battles.

“This year, if you look at the midfield and the way we’ve managed to behave ourselves and race, it’s been a really positive.

“Let’s see next year if we are all fighting for higher stakes if we can keep it that way, because personally I enjoy it a lot. But I feel capable of fighting anyone, for sure.” 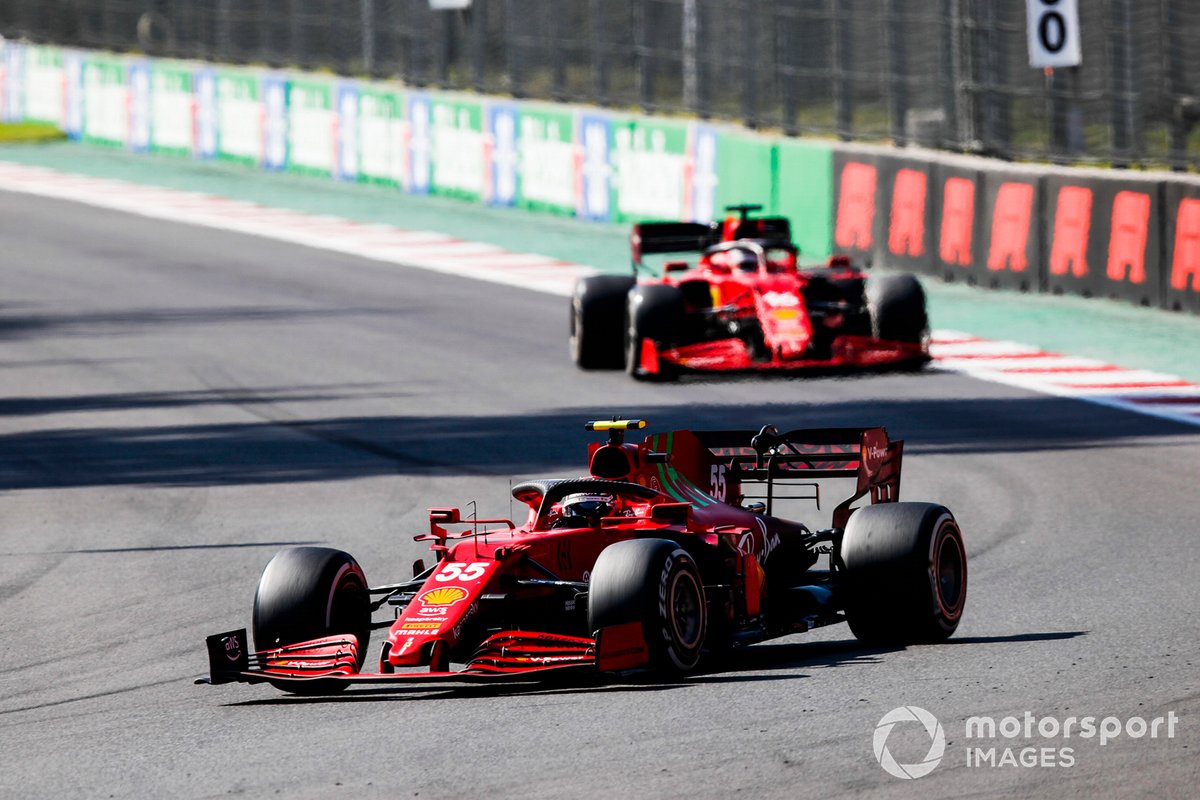 As well as Ferrari looking to make good gains next year, Norris feels that he can head in to 2022 off the back of a strong campaign where he has learned an awful lot.

“There are things for me to improve on again, but I'm happy, it's still been my most successful season,” said the McLaren driver.

“Personally, I feel like I did everything I could to give us as a team the best opportunity to go against Ferrari. Although it still didn't work out, I think how I started the season really put us in that position.

“Ferrari was strong from the very first race, and that's what people don't realise. They were super strong from race one. And they just got much stronger than what we did.

“They did a good job, they did a better job than us, and we have to try and do better next season."

Ferrari: Leclerc and Sainz "as good as it gets" as teammates