Subscribe
Previous / Why the FIA can't bury its head in the sand over Abu Dhabi F1 fallout Next / Seidl: Masi’s tricky role in intense F1 title battle needs to be understood
Formula 1 News

Carlos Sainz says he “couldn’t have asked for more” than to end his first Formula 1 season with Ferrari by finishing on the podium in Abu Dhabi.

Sainz finished third at the Yas Marina Circuit on Sunday after a frenetic finish that saw Sergio Perez retire for Red Bull and Yuki Tsunoda put the Ferrari driver under late pressure, finishing just half a second behind at the chequered flag.

The result secured fifth place for Sainz in the drivers’ championship to end his first season with Ferrari, leapfrogging McLaren’s Lando Norris and Ferrari team-mate Charles Leclerc in the standings.

It capped off Sainz’s best season in F1 to date, eclipsing his previous-best points total from 2020 and including four podium finishes.

“I couldn’t have asked for more to be honest, especially the podium,” Sainz said following Sunday’s race in Abu Dhabi.

“The whole race today was just a matter of putting everything together, everything I’ve learned through the year, the way that I’ve progressed with a team in executing a good race.

“Today finally I felt like I put everything together to have a very strong race. At the end, I had the positive consequences in all the outcomes, but [I’m] more proud of the race than anything else really.” 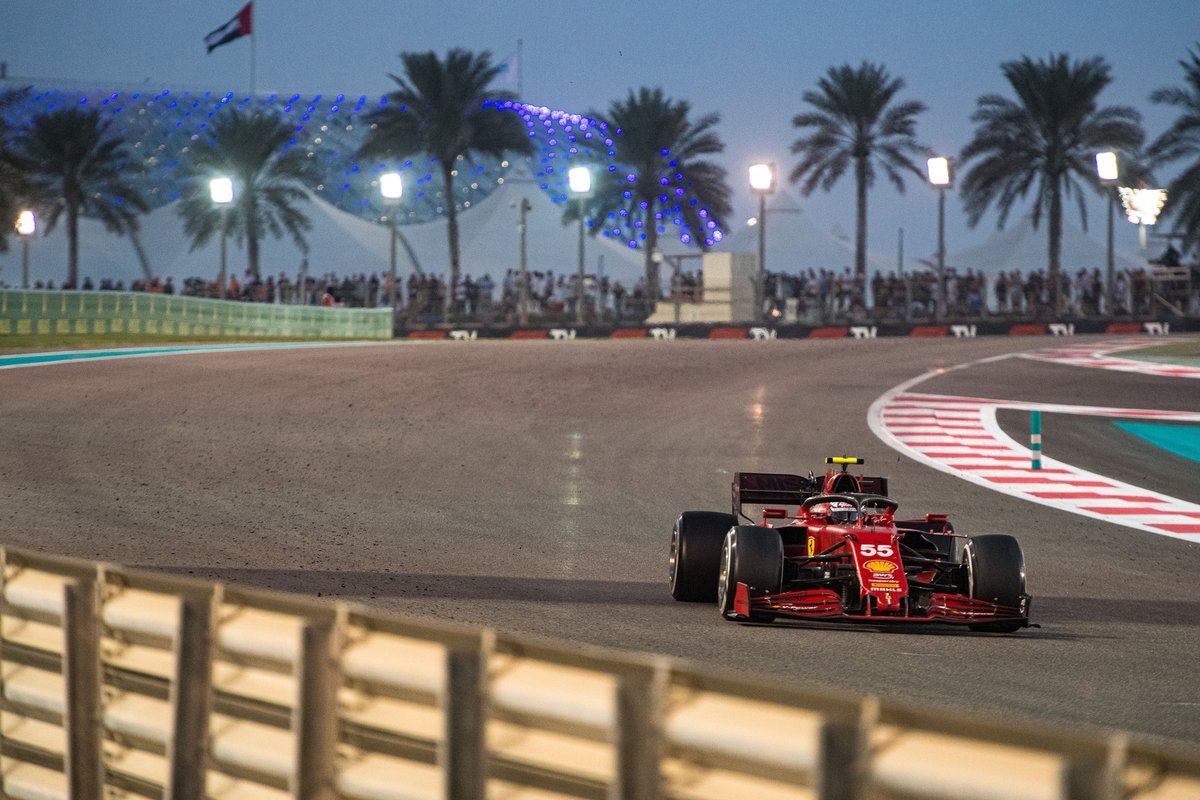 Sainz ended the year 5.5 points clear of Leclerc, with whom he enjoyed a close fight throughout the 2021 season in their first year as Ferrari teammates.

Leclerc could only finish 10th on Sunday in Abu Dhabi after getting caught up in midfield battles, as well as having an off-track moment after Max Verstappen came out of the pits ahead of him, dropping him into a brief battle with Tsunoda before pitting.

“I got basically surprised,” Leclerc explained.

“I don’t know whether it was the dirty air of Max. Max was a little bit on the left so I don’t know what happened there, but I was very surprised and got a snap and was very lucky to actually not to lose it completely.

“I managed to catch it back and then basically the rears were just over, so I started to struggle with the tyres and we had to stop a few laps after.