Carlos Sainz believes Ferrari is “very close” to being a genuine threat to Mercedes and Red Bull in Monaco after impressing through Thursday’s Formula 1 practice running.

Sainz finished second in both FP1 and FP2 in Monaco, trailing Ferrari teammate Charles Leclerc by one-tenth of a second in the afternoon session.

It marked Ferrari’s first 1-2 finish in any F1 session since second practice for the 2019 Brazilian Grand Prix, acting as the latest milestone in the team’s recovery from its difficult 2020 season.

Ferrari’s form in Monaco surprised title rivals Lewis Hamilton and Max Verstappen, but both drivers felt that Sainz and Leclerc would be a real threat at the front of the field this weekend.

Sainz took encouragement from Ferrari’s pace on Thursday, but wanted to wait until track action resumes on Saturday before truly assessing how the team will stack up against Mercedes and Red Bull.

“We definitely look very close to being a genuine threat,” Sainz said.

“I think we need to wait until FP3, because things change a lot from Thursday to Saturday here.

“There are some drivers that stand back a bit on Thursday, just because they want to take it easy, and then suddenly on Saturday, like Lewis always does, he’s super quick. 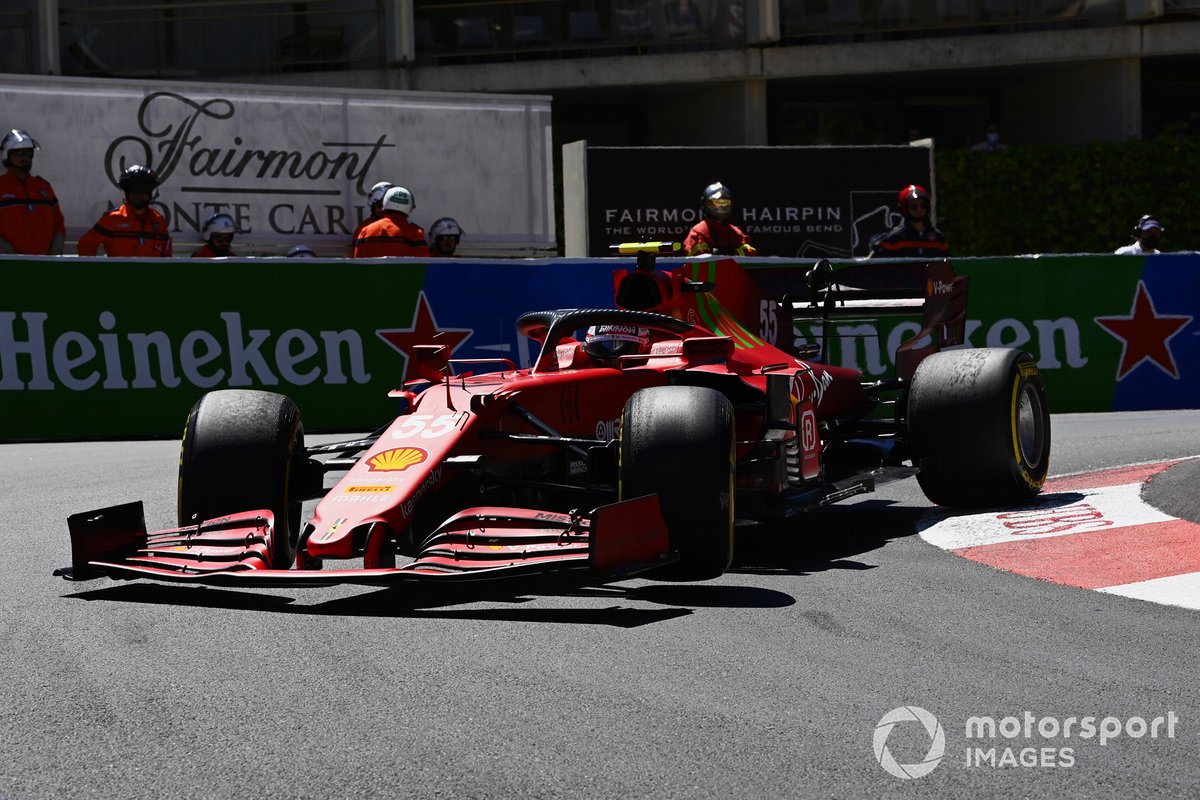 “We will see. It’s nice to see at least that we are closer to the front, that we’re actually playing around there at the front.

“It’s encouraging for the team, and there’s some positive signs that the car in the corners is actually not that bad.”

Sainz has an impressive record in Monaco, scoring points in each of his five starts in the race and recording a best finish of sixth in both 2017 and 2019.

The Spaniard revealed that he had to adjust his driving style early in practice, finding the Ferrari SF21 car to be much different around the Monaco streets compared to the McLaren he raced last time out.

“I was used to a different car around here, last time I was in Monaco, with a very different balance,” Sainz explained.

“Now I arrive here and the balance that Ferrari try to chase here is quite different, and I had to re-adapt, get my references back, change a bit the driving style, and build the confidence up little by little.

“But what it was important is every time I went across the start/finish, I could see myself always in the top three positions, fighting there.”