Sainz: Fans "can laugh as much they want" about Ferrari move

Carlos Sainz says fans making jokes about his move to Ferrari for 2021 “can laugh as much as they want” and that he finds their ideas “pretty funny”. 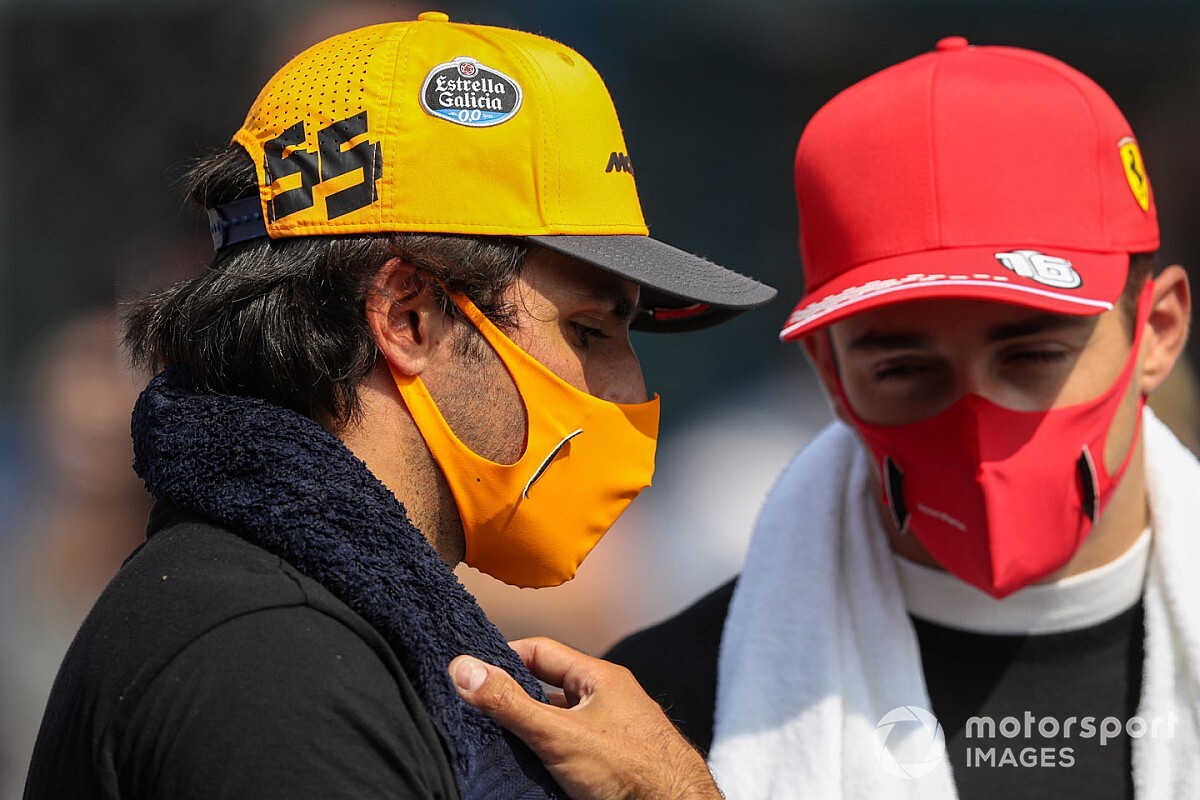 Current McLaren driver Sainz will join Ferrari next season after agreeing a two-year deal back in May, replacing four-time world champion Sebastian Vettel.

Ferrari is currently enduring a difficult season that sees it lie sixth in the constructors' championship, falling back from 2019 title rival Mercedes and behind the leading midfield teams.

This includes McLaren, Sainz's current team, which sits third in the standings, 32 points clear of Ferrari.

It has led to questions about Sainz's decision to leave McLaren, and a number of memes being created on social media making fun of the upcoming move.

But Sainz said he is laughing off the jokes that are put his way, and that he enjoys some of the humorous creations fans make about F1 drivers online.

"Honestly, they can laugh as much as they want," Sainz told Motorsport.com. "I think they are actually pretty funny, some of [the jokes].

"People have a lot of free time and they come up with these very funny ideas. And I actually laugh also.

"It doesn't mean that they are right or wrong, it's just they're funny. I guess that's what they pretend to be, so good on them."

Sainz has always stressed he feels no fear in moving to Ferrari, where he will partner two-time grand prix winner Charles Leclerc from next year.

Until the final race of the 2020 season, Sainz remains committed to helping McLaren to try and win the midfield fight for third place in the constructors' championship ahead of Racing Point and Renault.

Sainz's focus on this year is such that he is yet to find a place to live in Italy for when he moves to Ferrari, preferring to focus his energies on his current team.

"My team mainly, more than me, is trying to find a place," Sainz said. "As you know I'm still focused on my season this year.

"But as soon as the season is over and I'm thinking to next year, I will move to Italy when I find it convenient."