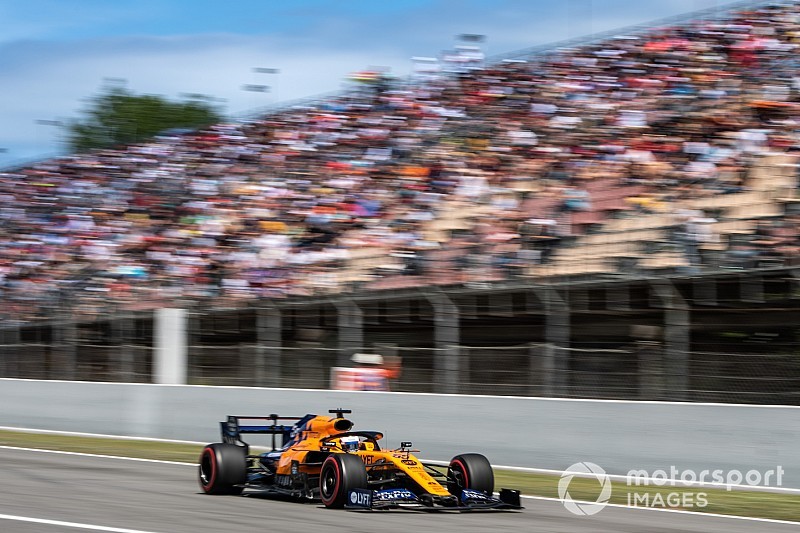 Carlos Sainz has explained the background to the strange radio message captured in practice for the Spanish Grand Prix where his race engineer Tom Stallard called him Darren.

A radio conversation between Stallard and Sainz was overheard in Friday practice, where there looked like there had been a name mix-up.

Stallard began the conversation with: "Darren, it's Tom... sorry Carlos!"

The exchange prompted some confusion among fans about what had happened, with various theories about it being the result of confusion with names or Darren being Sainz's new nickname.

But asked by Motorsport.com to explain the background, Sainz said the incident was prompted by Stallard opening the pit-to-car radio rather than a direct line to a race strategist back at the McLaren factory.

"Darren is my strategist back at the factory," explained Sainz. "I was starting a long run and Tom wanted to get the first feedback of tyres and how we were looking from Darren, or our 'famous' Darren.

"He opened the radio saying 'Hi Darren, it is Tom'. So I did a joke, 'Hi Tom, it is Darren' but he immediately said sorry.

"I realised he had got it wrong, but I wanted to actually have a conversation with him. It didn't happen though."

Schumacher film to be released in December

Barcelona "in the process" of renewing Spanish GP contract