Sainz says corner entry confidence "not where it needs to be" 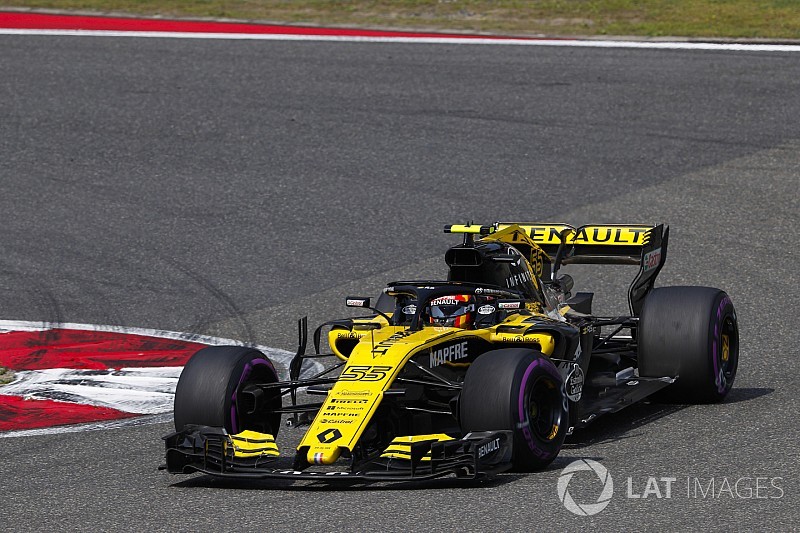 Carlos Sainz says he needs to get more confidence in corner entry from Renault's new Formula 1 car if he is going to start making progress up the order.

The Spaniard enjoyed a strong start to the season in Australia, but faced more difficulties in Bahrain and China as teammate Nico Hulkenberg was better able to extract speed from the car.

Speaking ahead of this weekend's Azerbaijan Grand Prix, Sainz said that the key trouble area for him involved how much speed was being compromised on the way into corners.

"General confidence with the car on corner entry is not yet where it needs to be and it's something we are working out back in Enstone," said Sainz, when asked by Motorsport.com.

"We are having meetings, we are having developments to keep improving that. Probably Australia was the best point of the season for me possibly, and China was not bad."

Pushed on the turn-in instability, Sainz added: "It's something that the car has had over the first three races. We saw it in Barcelona.

"Australia for me was a very good baseline, and since then it looks like I've never got the feeling back from Australia.

"So it's something we are keeping an eye on, keeping hard work on, and hopefully it will come back."

Sainz said after the Chinese GP that he needed to copy some of the "tricks" that teammate Hulkenberg is able to do with cars to extract speed in qualifying, and the same was true for overcoming this confidence issue.

"Maybe he's dealing very well with it," he said. "He's a super-experienced driver, super-talented. It's something that obviously must help for this.

"He is one of the fastest drivers out there in Formula 1 at the moment, I think. It's the third race out of 21, there's still 18 to go and I'm going to keep working hard to keep solving that and hopefully it will come."

And although Hulkenberg has scored more points so far this season, Sainz insists he is not concerned with how he is shaping up against his teammate.

"We're not talking about huge gaps," he said. "I was probably a step ahead in Australia in qualifying, he was very good in Bahrain, as he was last year, and in China it was a two-tenth gap that could easily go one way or the other depending on the race.

"I'm not very concerned and I'm working really hard. I've been back at Enstone before and after pretty much every race trying to learn and trying to analyse everything and I'm confident that with hard work and 18 races ahead it should come back."

Why Formula 1's future is in jeopardy