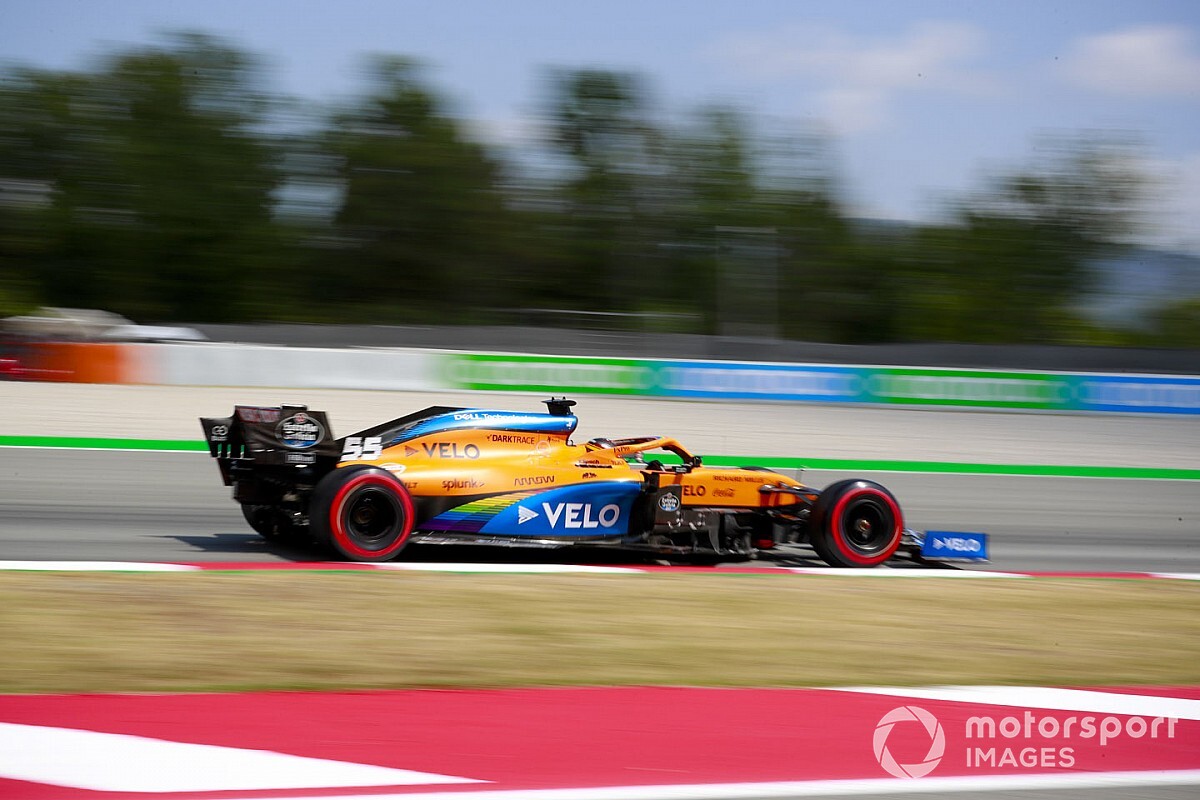 The McLaren Formula 1 team finally addressed the cooling problem that has hampered Carlos Sainz by giving him a brand new Renault power unit in Barcelona on Saturday.

The Spaniard is back on a performance par with teammate Lando Norris, and he will start his home race one spot ahead of the British driver from seventh on the grid.

After Sainz struggled with cooling at the 70th Anniversary GP McLaren changed his chassis for this weekend, in case there was an issue with the radiator inlets, but he still had the problem on Friday.

The final option was to change the power unit, and Sainz took a new batch of elements on Saturday morning, a race earlier than planned.

"It was definitely a good change," he said. "I'd like to thank the team and everyone involved in this decision because it was, I guess, not an easy decision to try and bring the power unit forward one race. We were planning to use it in Spa.

"But in the end, we decided to use it here because the other engine was giving us cooling issues, but also a bit of performance issues, and because of that, I think we did the right change. Since FP3 honestly we picked up a fair bit of performance and reliability and the cooling problem is also now done.

"So I'm happy with the change, and relieved, to be honest, because it's given us a lot of headaches lately."

Although he was happy with seventh, Sainz felt that he had the potential to edge Red Bull's Alex Albon for sixth place.

"I think there was definitely the chance to beat Albon today, with some improvements, especially from my side in Sector 3, I didn't quite nail it in Q3. And depending on the wind, the track condition, it's just very, very difficult to get everything together.

"But I do feel like if you obviously join my sectors with Lando's you can end up a couple of tenths ahead of where we are now. So there was a chance as I said to beat Albon, but it's difficult, because in the end, you have different set-ups, different driving styles.

"Maybe I was a bit better in Sector 1 and Lando was quicker in Sector 3, it's difficult to get all together and to put those together, and at least we are in a strong position for tomorrow. I think the Racing Points are clearly quicker over one lap, but hopefully they are a bit more vulnerable in the race and then we can put them a bit under pressure and have a race with them, but they're very strong here."

Asked about his prospects for the race, he conceded that holding onto the grid positions would be a good outcome.

He said: "Top 5 I think it's possible. But we need to beat the Racing Points, which we know is very tricky. We need to maybe beat a Red Bull which is very tricky on race pace. So at the moment, I'm more inclined to think that we would be happy with both cars finishing more or less where they start.

"But I also think with possibly a two-stop strategy, like everyone I think is kind of expecting, we might see one-stop still, but I think at the same time, there's a lot of people out there talking about two-stops, and I think it could have some opportunities. But it's gonna require perfect execution. So we will see."