Sainz was one of several drivers to be involved in unsafe release incidents over the Zandvoort weekend, and in his case, he drove into the path of Fernando Alonso.

At an earlier Sainz pitstop, Sergio Perez ran over a Ferrari wheel gun as he left the Red Bull pit.

Sainz received a five-second penalty for the unsafe release, but the Spaniard is more concerned about the potential risks to crew members in the tighter pitlanes on the calendar.

The upcoming race in Singapore also features one of the tighter pitlanes of the season.

"Absolutely, I think it's something that is not talked about enough, that we go to pit lanes during the year that are definitely too tight," he said.

"And we need to improve safety for the mechanics, because we forget that those people wearing suits and helmets during the pitstops are in the middle of cars going at 80kph, and they are centimetres apart from incidents and from very dangerous situations.

"And I feel Zandvoort's a great track, I want to go back there every year. And I want to keep racing at Zandvoort, Singapore, Budapest, but I'm talking about narrow pitlanes. 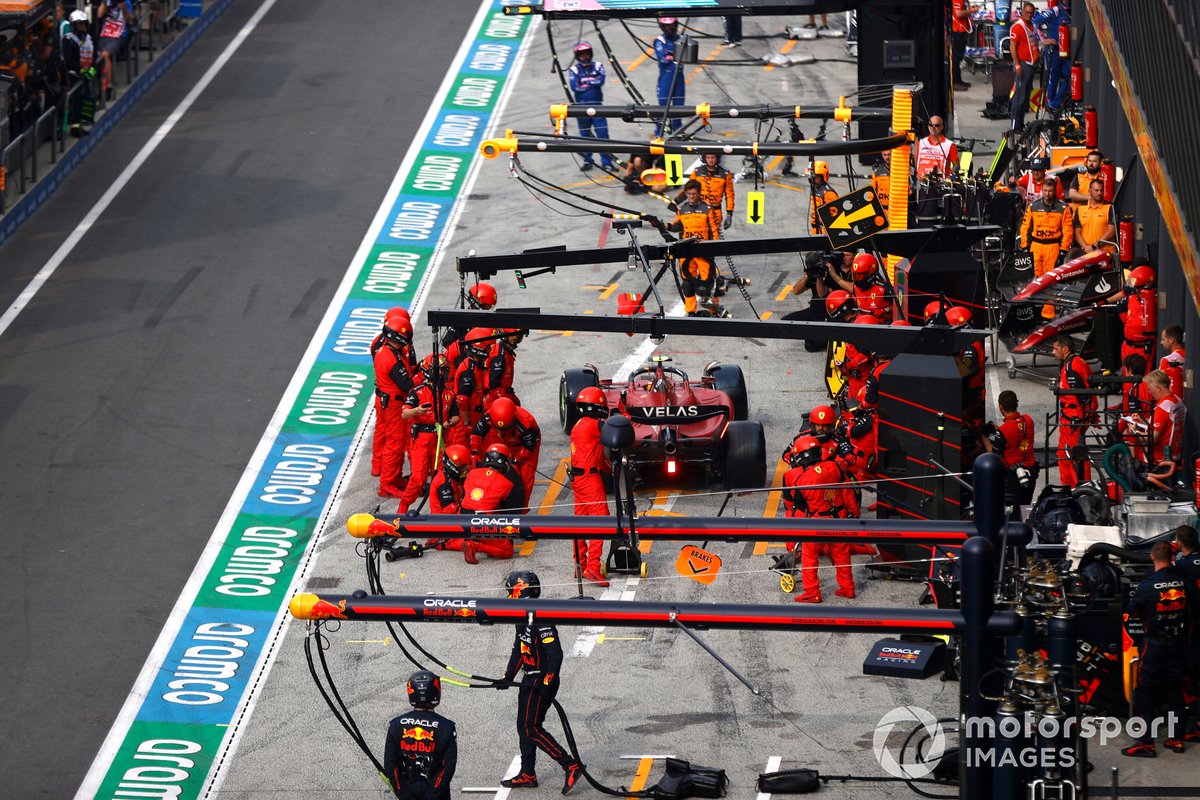 "We need to think about the mechanics and how tight everything is in there, because it's just too tight. And I think we need to improve the safety."

Sainz noted that pitlanes can be particularly dangerous when multiple cars stop during safety car situations, and teams attempt to stack their cars.

"We talk a lot about car safety, circuit safety. But in the pitlane I'm concerned that one day something would happen if we keep having these narrow pit lanes and so much going on, especially when there's multiple pitstops going on at the same time."

GPDA chairman George Russell agreed that pitlanes should be looked at by the FIA.

"Certainly in Zandvoort it was too tight, and something needs to be done about it," said the Mercedes driver. "There's no doubt about it. It must be pretty daunting for the guys doing the pit stop.

"When you've got a car coming in at 60 or 80km/h, and you're coming out, the tyres are cold, the car is kicking out. So in a circuit like that I'm not too sure what the solution is. But we need to find a better compromise, for sure."