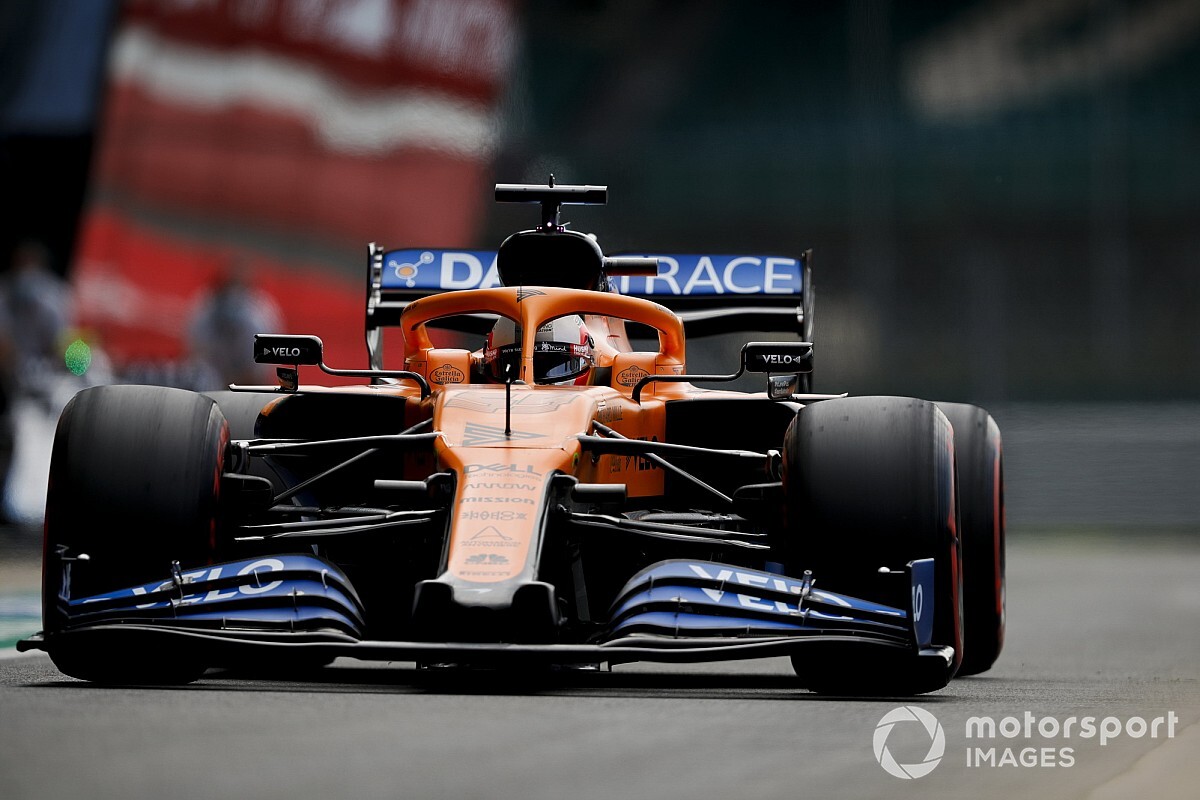 Carlos Sainz says a lack of top speed triggered by McLaren needing to open up bodywork to improve cooling contributed to his Q2 exit at the 70th Anniversary Grand Prix.

The Spaniard could only set the 13th fastest time in qualifying on Saturday as he failed to make it through to the final Q3 session for the first time this year.

Reflecting on what happened, Sainz said that concerns about cooling of his car after final free practice prompted some bodywork changes – and that hampered his form.

"When the qualifying started we saw that the others went a little faster than last weekend, while we were stalled a bit," he told television reporters afterwards.

"If you add to that the fact that we had a problem in my car in FP3. We saw that the temperature of the car was much higher, and we had to open the rear cooling holes a lot to cool it. That cost us top speed, which is essential here.

"I'm a bit frustrated about that, because it's another little problem that adds to the list. Anyway, I think we're not in such a bad position for tomorrow."

Sainz says that the cooling problems were more extreme on his car, with teammate Lando Norris not having to make the bodywork compromises that he had to.

"You can see in the two cars, one has the cooling holes in the back more closed and the other is much more open. That here costs a lot of drag and top speed.

"If we wanted to race tomorrow, we had to change this bodywork, there was no other way. Tomorrow I will try to start full gas, as always, I will try to come back.

"But today I am a bit surprised with how much Renault, Racing Point, even AlphaTauri have improved in qualifying. They have found something this weekend that we could not find."

McLaren team boss Andreas Seidl said there was no immediate explanation as to why the team had not been able to match the progress of other teams.

"It seems we struggled a bit more compared to last weekend," he said. "But we need to look more into the details after the session as to why we couldn't put the laps in, also compared to the morning."