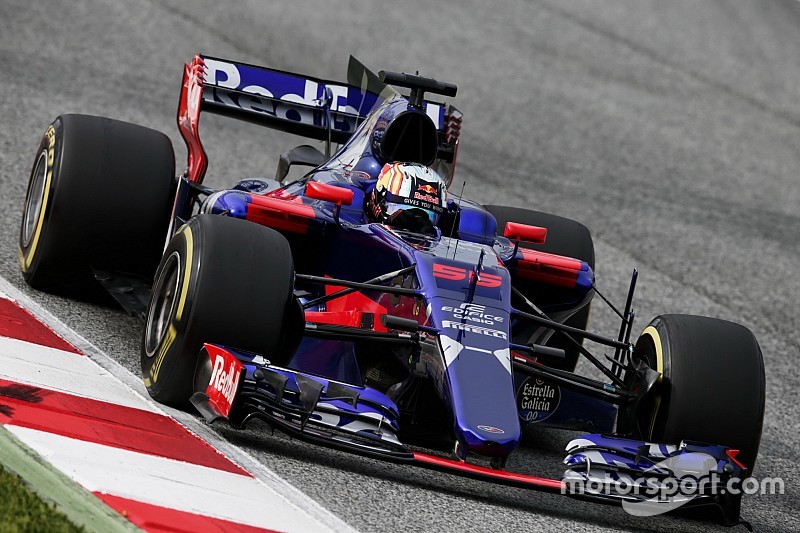 Carlos Sainz says not all of Toro Rosso's problems are related to the Renault engine, as the Spaniard believes the team also needs to sort out some issues itself.

The situation has improved vastly this week, however, and both Sainz and teammate Daniil Kvyat have had more productive days, the Spaniard covering 92 laps on Wednesday.

Although Sainz, who last week said Renault's issues were to be expected given the all-new power unit, admitted Toro Rosso also needs to iron out problems.

"I think both Renault and us understand [the engine]," said Sainz. "It's just that we have some problems, but the truth is that this week most of them have been solved, but some of them are still there and delay us a bit.

"But on Toro Rosso's side we are also having some problems. It's not all Renault's fault.

"The positive thing is that we are doing a lot more laps than in the previous test so today we could get into a rhythm a bit," he added.

The Toro Rosso driver said he was much happier than last week, although he conceded the team still needed to make up for the time lost earlier.

"We've managed to cover nearly 100 laps so it's a good step forward compared to last week. Still some little problems here and there going on, that's why we're a couple of times sitting out in the box, waiting, but, yeah, a lot better at least.

"We finally could get some rhythm and test some things. We are happier, but we know we are still a small step behind in terms of our working programme because of what we lost last week."

Sainz, whose team set the goal of finishing fifth in the championship this year, admitted it was impossible to tell where Toro Rosso stands in the pecking order right now.

"I don't know, because if we look at the laptimes both Renault and Force India, even Williams, appear to be very quick," he said. "We are all very close.

"I don't think much has changed with the top three teams and they are in a different league compared to the rest. We'll try to keep on pushing and our goal is to be fifth and to be fifth we have to beat one of those I mentioned."

Alonso: Bad year will not force me out of F1