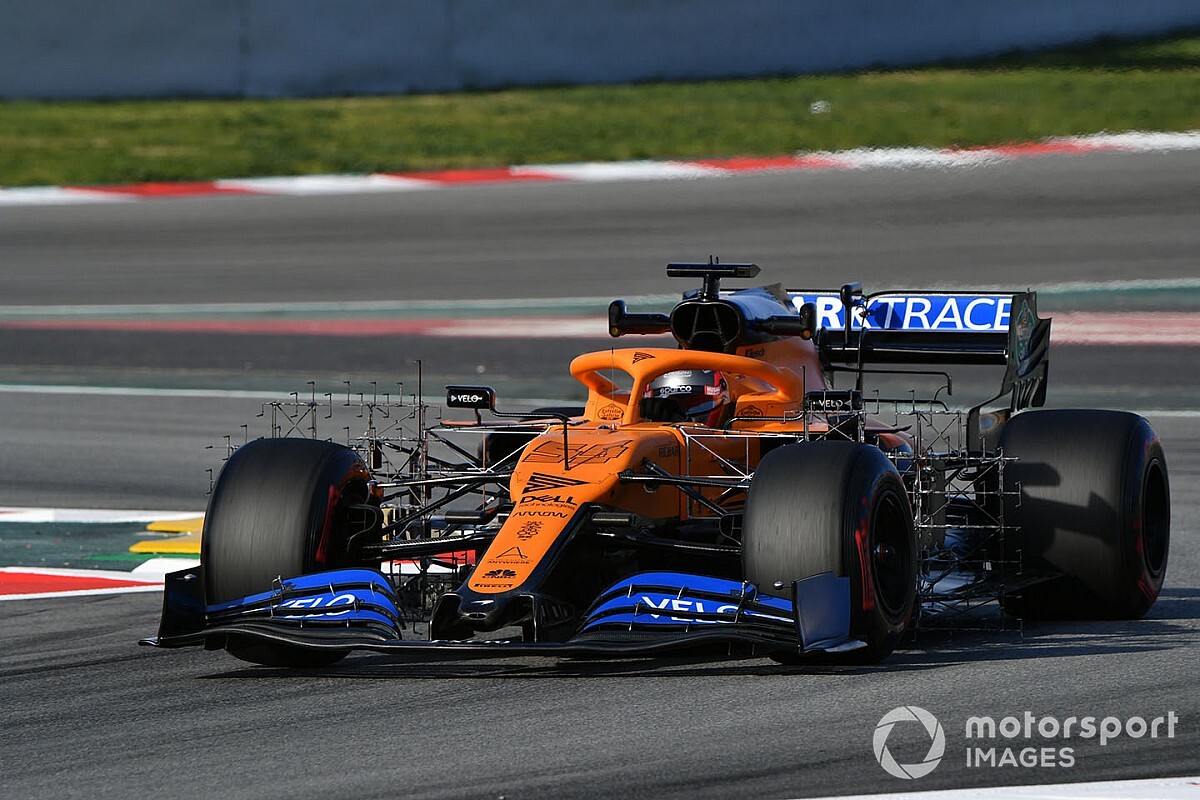 Carlos Sainz says the 2020 Formula 1 season being cancelled because of the coronavirus crisis would be a "hard blow that would be difficult to accept".

The first nine races of the season have already been cancelled or postponed, with the French and Belgian Grands Prix also in doubt amid restrictions imposed by the countries.

Sainz admits a year without racing would be very hard to digest and would have a very negative impact overall.

But the McLaren driver acknowledges the decision to abandon the season would be "fully understandable" if the COVID-19 situation continues to affect the world.

"I prefer to think there's going to be fewer races than to imagine everything will be cancelled," Sainz told Spanish media. "Abandoning the season would be a hard blow that would be difficult to accept.

"If the situation doesn't get under control it would be fully understandable, but it would have very negative consequences for the sport and everything surrounding it.

"A lot of jobs would be at risk and that's never good."

He added: "F1 will suffer the consequences of this pandemic, like any other sport or business. This situation is helping make all teams aware that they need to make an effort, be self-critical and agree to change things.

"I'm sure that with the rules that had already been agreed and the decisions they made these days, we'll see a more matched and more sustainable Formula 1.

"It's a sport full of brilliant people, great engineers and professionals and with a great infrastructure and I think we can be an example of how to come out stronger of this situation."

Sainz feels that if the season gets underway, it is likely to be comprised of a number of races closer to 10 than to the 18-20 F1 bosses are hoping for.

"Right now a lot of options are being considered. They have already announced the cancellation of some grands prix like Monaco. The street circuits have it harder because of all the mess that comes with them and how hard it is to adapt the environment.

"I personally think we are looking at a season closer to 10 races - between 8 and 14, I'd say - than 20. Looking at the situation, if you do the math, there's no room for much more.

"I'm sure the season is going to be much shorter than the original calendar said, maybe even with more than one race on the same circuit, probably behind closed door and possibly running just two days instead of three.

"It's going to be a very different championship to what we've seen in F1 history until now."

The Spaniard said he would be against the concept of a WEC-style 'superseason' that stretches into next year.

"I think it's too soon to decide to do a superseason. We have to try to have the best possible 2020 season. If we end up having to move to a superseason, that's a decision that will be made by the relevant authorities. In any case, I don't like the idea."