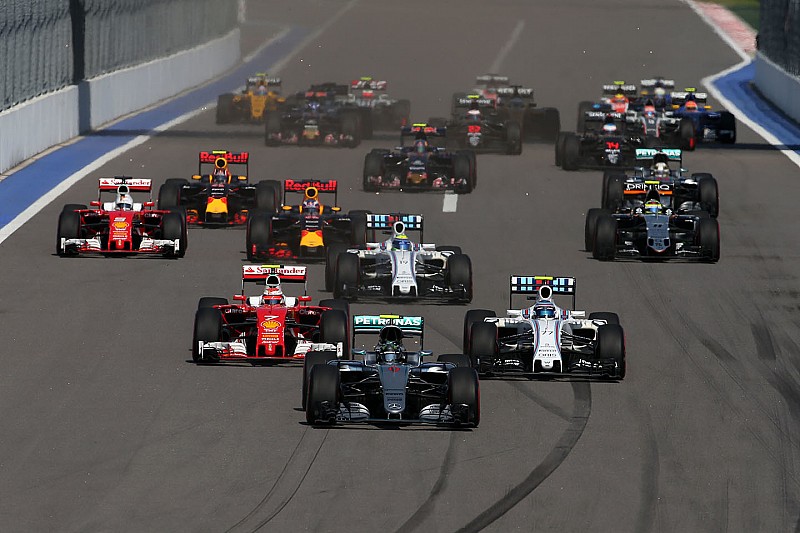 Russian Grand Prix organisers have signed a new deal that will keep the Formula 1 race at Sochi until 2025.

Following discussions that began with Bernie Ecclestone at last year’s race about extending its old contract, which ran until the end of 2020, Sochi chiefs have finally concluded a five-year extension.

The decision by Russia to agree a new deal comes against the backdrop of a change in F1 ownership under Liberty Media, and has been helped by the securing of a long-term title sponsor for the race – VTB Group.

The new title backer means that the race promoter fees are no longer being paid by the Russian government.

Speaking to Motorsport.com, Russian GP promoter Sergey Vorobyov said: “This is a complex deal, which combines the promoter contract.

"The important part is the title sponsorship contract for us, and there are a few other things that we are working on now currently with Chase [Carey, F1 chairman] and his team that I’m not ready to announce yet. We will do that eventually.

“So everything started with Bernie and is being concluded with Chase and his team.”

Vorobyov confirmed that Sochi was still evaluating plans for a night race in the future, but this would only happen if the infrastructure could be provided by Russian companies.

“Actually there is an option of having a night race if we spend quite a significant amount of money and six to seven months of preparations. This can be done by using one of the suppliers, that had done such projects for Abu Dhabi or Bahrain or Singapore.

“But as a part of our vision for a Russian Grand Prix we want to go local in this regard. And we are now preparing the technical documentation for Russian companies that will apply for this type of contractual work for lighting and for electricity services for the Sochi Autodrom for the night race and we will be working very closely with FIA and FOM, so that will be specifically Russian-made lighting. We want everything to be made locally."