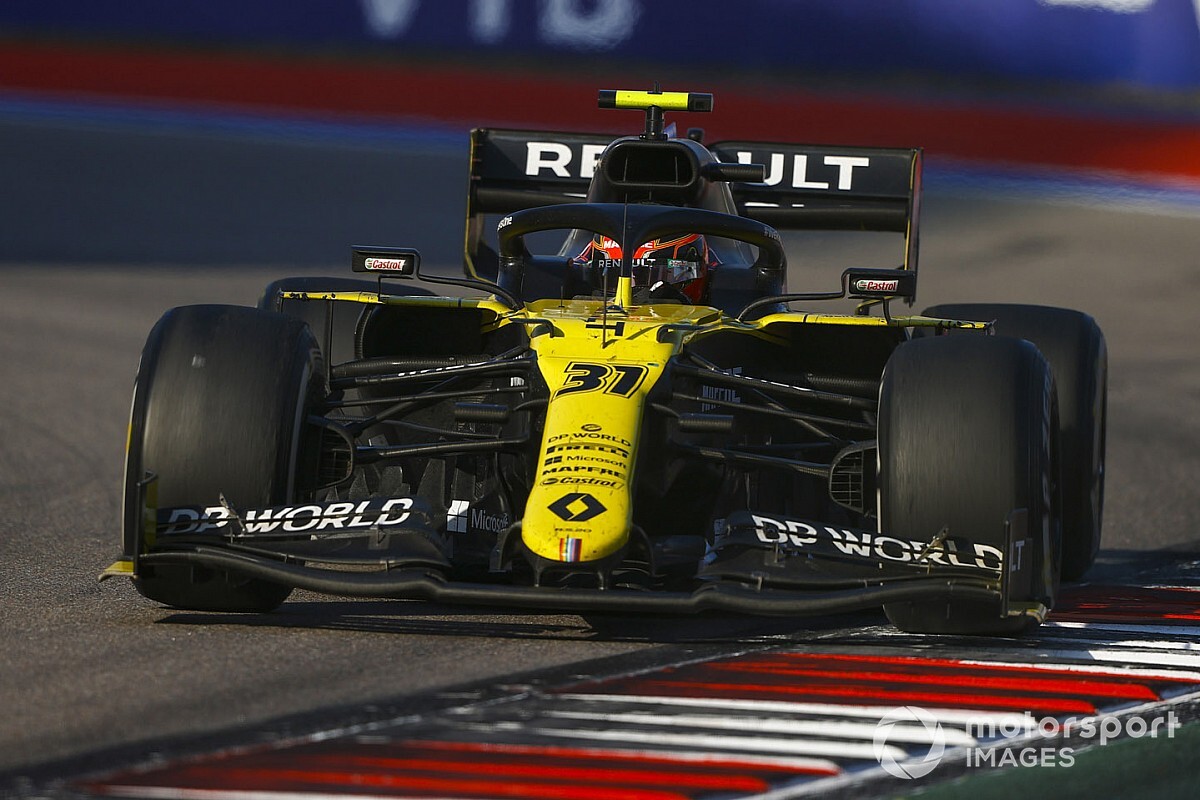 Esteban Ocon says that the Russian GP was his best race since he returned to Formula 1 with Renault – at least until he pitted and changed to the hard tyres.

From seventh on the grid, Ocon jumped up to fourth at the start, and he subsequently ran in that position ahead of his teammate Daniel Ricciardo until the Australian stopped.

Having gone two laps further before his own stop, Ocon then found life difficult on the hard tyre, and after a few laps he was obliged to switch positions with Ricciardo.

He also lost out to Sergio Perez and Charles Leclerc on his way to an eventual seventh place.

Despite the frustration of slipping down the order, he still viewed the race as a positive one.

"Probably the first part of the race I agree that it was probably the strongest of my season so far," he said.

"I had a good start, and the pace was very, very strong. In that soft stint very comparable to Daniel, except that I managed to keep the tyres a bit more alive for a couple more laps, which definitely felt nice.

"Unfortunately, after the stop with the hard tyres, it was a bit more difficult. So we still have a few things to review on that. There were potentially a few more points on the table on my side possible.

"But you know, we're getting there. It's quite a good sign that we had such a good pace in the first stint.

"Obviously, it doesn't feel fantastic because of that second stint, but I mean, it's still a decent result for the team, because we are catching on the third place in the constructors'. So it's all following well."

Renault has been competitive at all tracks recently, with Ricciardo earning two fourths, a fifth and a sixth in the last four races, and Ocon also scoring in three of those events.

"I think overall the target is to be consistent everywhere," he said. "And at the moment, we had a good understanding, I think in the last couple races, with how we set up the car, and where we could improve. We had also a few small upgrades, which helps our performance.

"And I think if we're coming back to Budapest, in Barcelona, I'm not saying we would qualify fifth or something, but I think things would have been different, as simple as that. I think we can extract more performance from the car now, with the understanding we have."