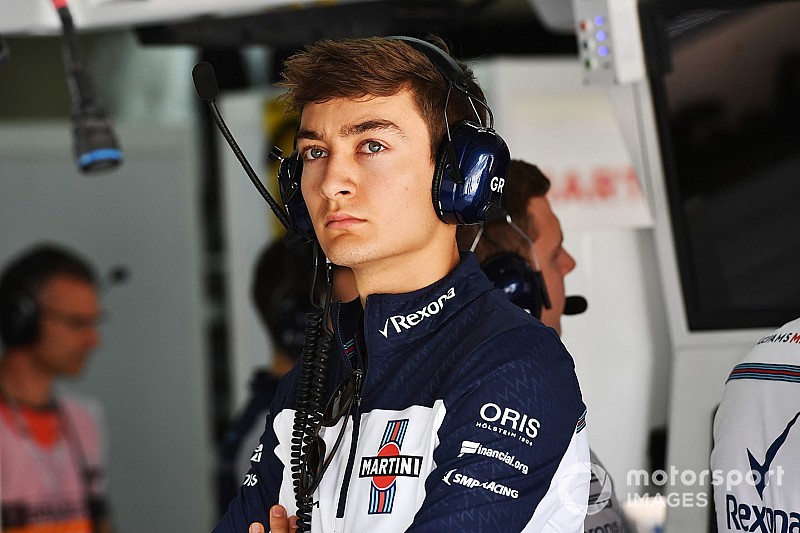 George Russell is set to make his first appearance at the wheel of a Williams Formula 1 car in the end-of-season Abu Dhabi test this month.

The Formula 2 title favourite, who has signed a multi-year deal to race for Williams, has tested for Force India and Mercedes this season.

However, he had only driven on Williams's simulator before convincing the team to give him his grand prix debut.

Mercedes junior Russell has been present at most grands prix this year with the Anglo-German team in his role as official reserve driver.

He spent the previous grand prix in Mexico with Williams and is embedded in the team again this weekend in Brazil.

Asked how well the 20-year-old has settled in at Williams, Lowe said: "Very well, yeah. He's done the last two races with us.

"He is very enthusiastic, he is learning a lot already and I think it will allow him to hit the ground in better conditions than otherwise.

"We haven't announced our line-up for the Abu Dhabi test, but almost certainly George will feature in that.

"Having done these two races he is in much better position to get the most out of his first sessions in the car."

Williams is yet to confirm Russell's teammate for 2019 and the identity of who will join him at the test is unknown.

Current driver Lance Stroll is expected to leave to join Racing Point Force India because his father Lawrence is now an investor there.

That means Stroll is also thought to be driving for his 2019 team in Abu Dhabi, but his move and testing plans are under wraps until Esteban Ocon – the driver Stroll will replace at Force India – communicates his own plans for next year.

Russell and Stroll are unlikely to be the only new faces in new places in the Abu Dhabi test.

Kimi Raikkonen and Charles Leclerc are expected to swap their Ferrari and Sauber seats respectively ahead of their 2019 moves.

Current Renault driver Carlos Sainz is also pushing to test for McLaren but Daniel Ricciardo will not drive for Renault as Red Bull has rejected that move.

Red Bull should however give Pierre Gasly a taste of the senior team before replacing Ricciardo in 2019.

Sirotkin says Hamilton did nothing wrong in Q2 near-miss