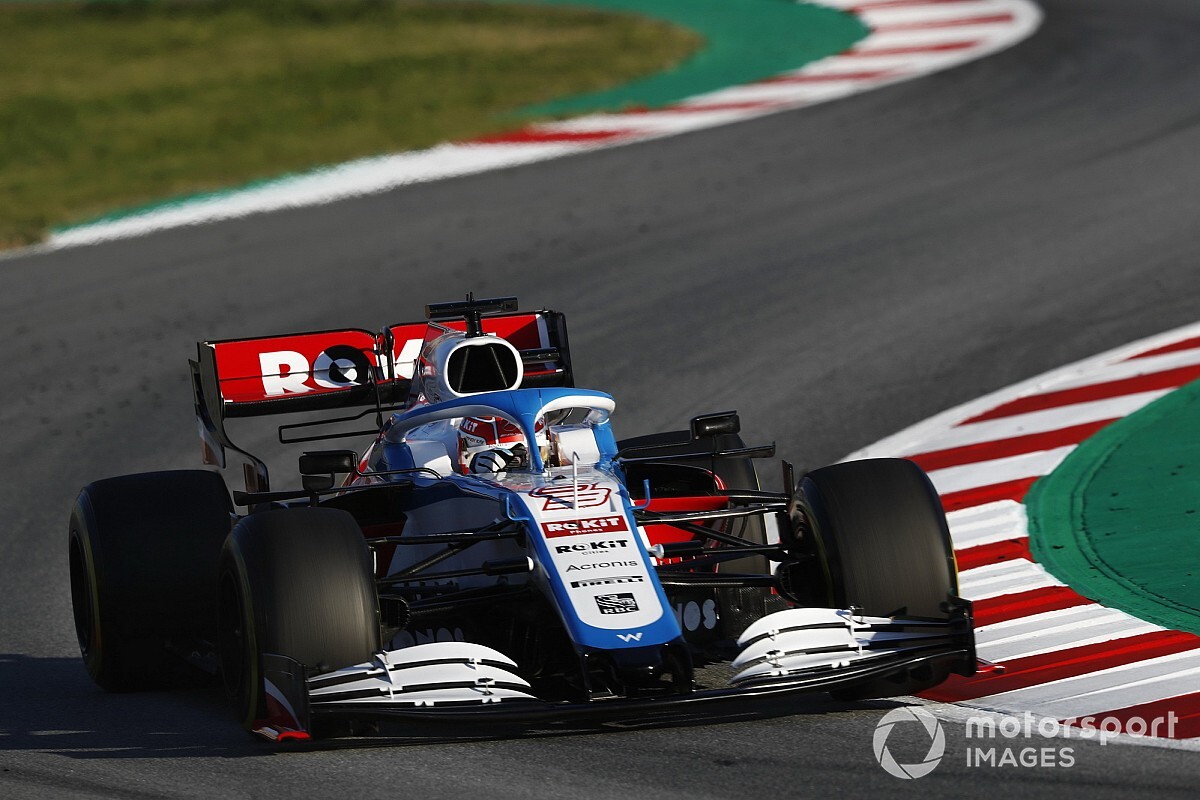 George Russell believes it will be important for Williams to capitalise on any early mistakes made by its rivals when the Formula 1 season begins after an extended break.

While the COVID-19 pandemic has forced the opening 10 races of the 2020 season to be called off, F1 is formulating plans to get the campaign underway in Austria at the start of July.

It would mark a return to racing action for the F1 drivers seven months since the 2019 finale in Abu Dhabi, only interrupted by six days of pre-season testing in February.

While some drivers have downplayed how long it will take them to get back into the rhythm of racing despite the extended break, Russell feels it is inevitable that some rust will have set in.

The British youngster feels this could present an opportunity for Williams to take advantage of any mistakes made by its rivals as it looks to bounce back from a point-less 2019.

“When the season gets started, not only us drivers, but the engineers and mechanics, you all get into a bit of a rhythm, you’ve got race after race after race,” Russell said in an interview on Sky Sports F1.

“Everyone in Formula 1 is the best of the best anyway. I’m not just talking drivers, I’m talking as a whole, and then having this much time away, by the time we get back, I think everyone is going to be very rusty.

“For people who aren’t going out winning races or scoring points, there will be a big opportunity, or the greatest opportunity to get a good result at the start of the year when people are making those mistakes.”

Russell said it felt “unnatural” for any sportsman to be out of action for so long, but has tried to keep sharp by doing regular training with his physio, who has been living with his family in the UK.

Teammate Nicholas Latifi agreed that it would be difficult for the whole paddock to get back into routine, but stressed he too had been working hard to prepare for his eventual F1 debut.

“There will be a lot of rust from all aspects, from the drivers, the mechanics, the teams,” Latifi said.

“I think it’s often overlooked from the fans that from the operational side of things, there’s so many procedures and things that have to be operated flawlessly. When you’re out of the rhythm for so long, it will be a bit difficult to get back into it.

“Winter testing is one of the biggest opportunities for them to iron out all those kinks, especially for us drivers. They’ve got to get back into the rhythm after a winter break.

“Now we have pretty much an extended pre-season. I’m definitely not treating it like a holiday, it’s just a longer pre-season training camp, let’s say.

“It has been weird not knowing when we’re going to get back racing. We’re still training, we’re still ready in case we’re going racing in a few weeks now. It’s obviously that unknown factor, just having to stay sharp.”

Monaco 1970: When Brabham crashed on the last lap