Verstappen dominated Saturday's qualifying session by setting a time over six tenths quicker than second-placed Carlos Sainz but will cede pole to the Ferrari driver because of an engine-related grid penalty.

As Verstappen outqualified the five other drivers who are relegated to the back of the grid for exceeding the power unit allowance, the damage of Verstappen's engine change is limited to a 15th place on the grid, ahead of the second Ferrari of Charles Leclerc.

Historically, drivers who start from that position tend to lose around 10 seconds on the first two laps until DRS becomes available, although with a clean start Verstappen might be able to limit his deficit to Sainz and teammate Sergio Perez at the front of the field.

With competitors stunned by Red Bull's dominant form on the first race weekend after the summer break, Mercedes' Russell reckons Verstappen will be able to "slice through" the field and even win the race.

"I think Max is going to slice through and win the race probably pretty comfortably," Russell said after qualifying a depressing 2.1 seconds behind the Dutchman.

"I think he and Red Bull are just miles ahead of everyone. I don't really know about Charles, to be honest." 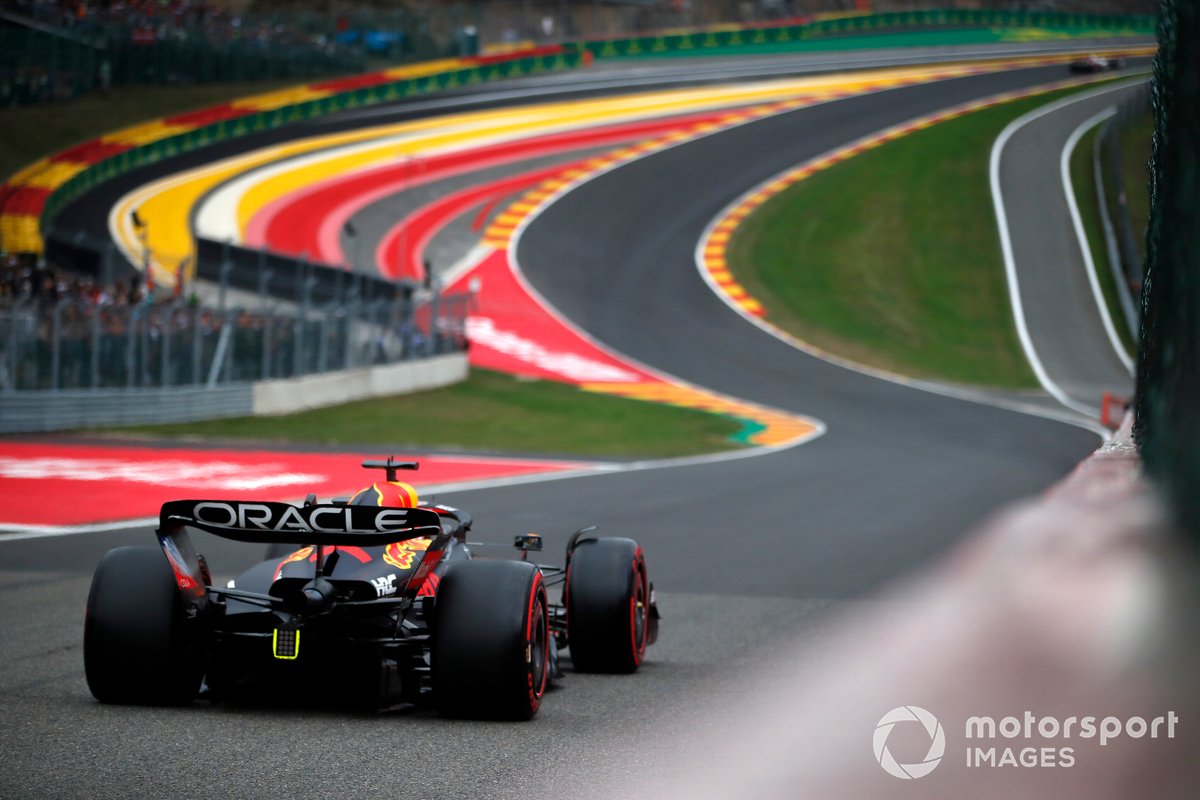 When asked if taking a win in front of the tens of thousands of Dutch fans that flocked to Spa is a possibility, Verstappen replied: "Well, a podium has to be the minimum with a car that is this good. It would be a shame not to be on the podium.”

For Russell, however, possibilities to move up the order on Sunday will be much more limited in the Mercedes.

He explained the Brackley team failed to get its tyres in the right window, just one race after the Briton claimed pole, as he qualified eighth behind teammate Lewis Hamilton.

Due to the penalties for Verstappen, Leclerc and Alpine's Esteban Ocon, Russell will now start fifth and fears he and Hamilton will end up in "no man's land".

"I suppose we should be able to be ahead of Fernando [Alonso, who starts third] and we'll probably end up in no man's land behind the front four and ahead of everyone else," Russell said.

"We know we don't have a car that's two seconds off the pace, so we clearly just didn't get it right today. This is a bit of a one off, but still it's a bit of a tough pill to swallow when you put it on pole in the last race."