George Russell says his first Formula 1 points for Williams meant “more than I can put into words”, but was surprised by his teary reaction to the breakthrough in Hungary.

Russell finished Sunday's Hungarian Grand Prix in eighth place to score his first points for Williams since making his F1 debut for the team in 2019.

Russell and teammate Nicholas Latifi both vaulted up the order after the Turn 1 collisions, but clung on to their points-paying positions to give Williams its best result since Brazil 2017. It also marked Latifi's first F1 points finish.

After a number of near-misses with the points this year, Russell was emotional after the race, shedding some tears as he began his interviews with the media.

The British youngster explained in the paddock at the Hungaroring that he hadn't expected to be so emotional, but that it summed up the journey him and Williams had been on since the struggles of 2019.

"I literally shed a tear, which I was not expecting," Russell said. "I probably wouldn't have shed a tear if I won my first race, to be honest. That's how much it means.

"It means more than I can put into words, thinking of the ride we've been through this past three years. If you're fighting for something for three years and you finally get it.

"It was an incredible stint on our side of the garage. That second stint, it was probably the best stint of my whole career. Keeping Danny [Ricciardo] behind, keeping Max [Verstappen] behind, closing the gap by 20 seconds to the cars ahead, it was exceptional.

"I pulled everything I have, as I do every single race, and I finally came home with something." 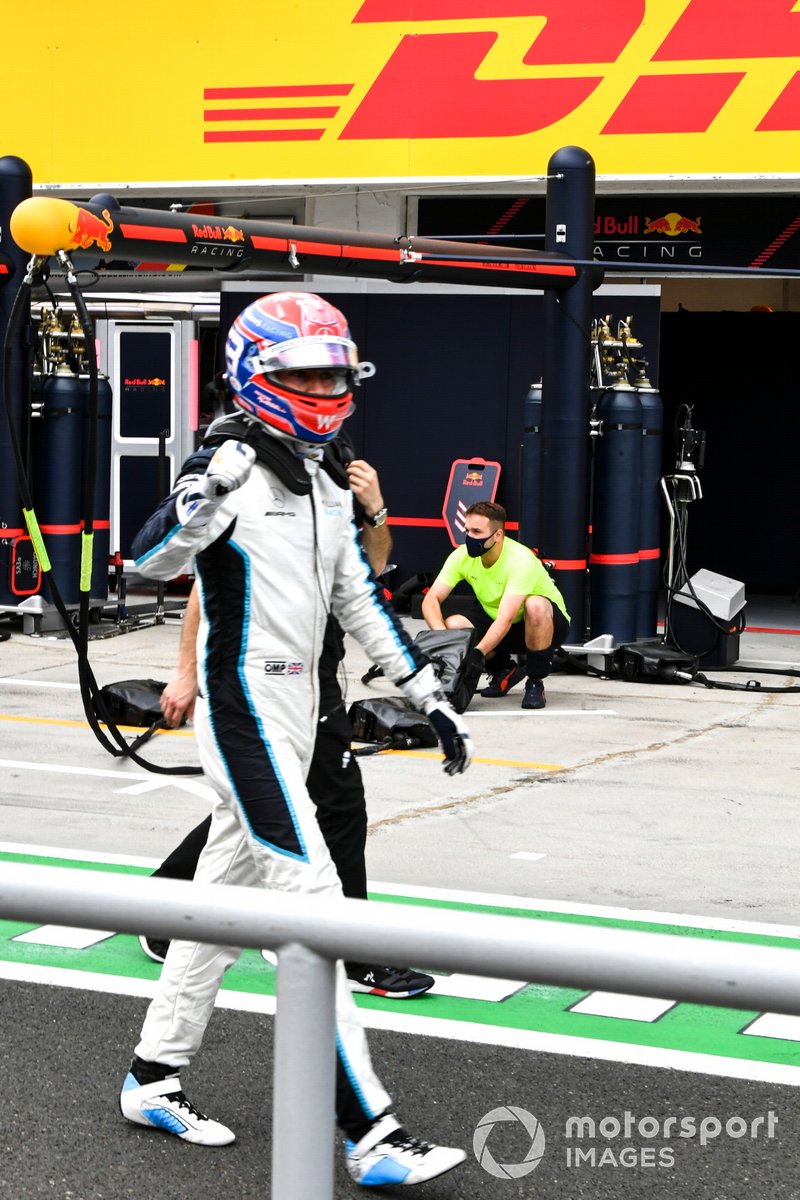 Russell temporarily ran second on-track after pitting for slicks instead of taking the standing restart, but was instructed by the FIA to hand back some positions after jumping cars in the queue at pit exit.

Russell said that he was grateful the FIA showed "a bit of common sense" by asking him to give the positions back instead of immediately taking action, having feared he could receive a drive-through penalty.

"I saw an opportunity. I just thought, screw it, let's go for it because the risk versus reward, the reward part outweighed the risk," Russell said. "I'm really thankful to the FIA for showing a bit of common sense just to say, 'Give those positions back'. They could have come through and given me a drive-through [penalty].

"As I was pulling out my pitbox I said, 'can I overtake these cars?' And literally as I overtook them, they said no. I knew quite early on.

"So maybe I shouldn't have done that. But I wasn't, like, kicking myself, because any driver in my position would have done the same."