Russell to start Austrian GP from the pitlane 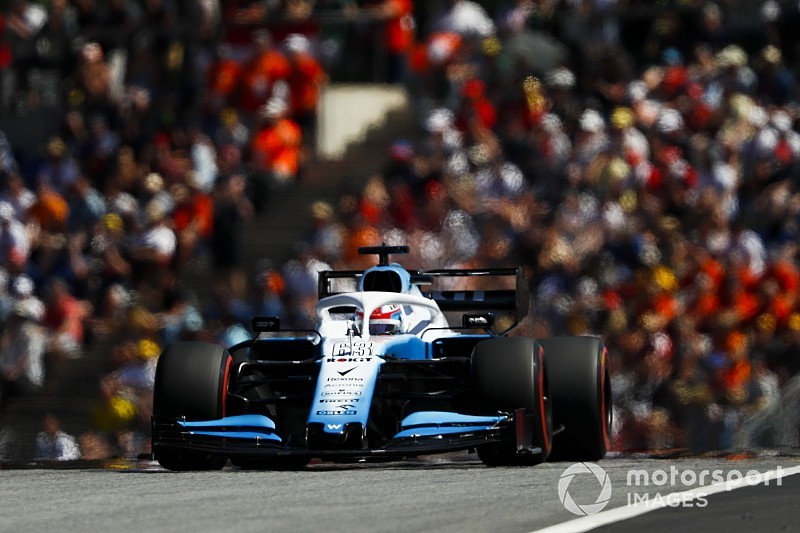 George Russell will start the Austrian Grand Prix from the pitlane after a change of front wing assembly on his Williams Formula 1 car.

Various grid penalties meant Russell was due to start the race 18th, despite qualifying 19th and having his own three-place grid penalty for impeding Daniil Kvyat.

However, Williams has since replaced the front wing assembly on Russell's car with one of a different specification.

As that is not allowed under parc ferme rules, Russell will need to start from the pitlane.

The change has been made because Williams identified damage after qualifying and the team did not have a replacement of the exact specification.

The matter has been sent to the stewards to be formally confirmed.

Russell cited Manor's performance in the 2016 Austrian GP as an example of what the Grove team can target in today's race.

Russell pointed out that Manor's Pascal Wehrlein scored a point by finishing 10th – albeit with a car that on that weekend was capable of qualifying higher up the grid than Williams has managed this year.

"Potentially, if things fall right it could go our way," he said.

"You saw Wehrlein, I think finished P10 here in a Manor in 2016, and their pace was probably as slow as our pace currently, so like I said we just going to make sure we do everything to the best of our ability, avoid mistakes like we had today and capitalise on anybody else's mistakes."