George Russell expects 2022 to be “the most intense year of my life” as he gets the opportunity to work with a front-running Formula 1 team at Mercedes.

The promotion for Russell comes after five years with Mercedes’ young driver programme that saw him win titles in GP3 and Formula 2 before graduating to F1.

PRIME: How Russell sees himself in the Mercedes-Hamilton superteam

Speaking in an end-of-season interview including Motorsport.com, Russell explained how the step up to Mercedes combined with the record 23-race calendar planned for 2022 left him braced for his busiest year in racing yet.

“I think I am going to take a good holiday at the start of the year,” Russell said.

“I believe that is important, because I think next year will be the most intense year of my life in terms of the racing schedule, but also from an off-track and marketing side of things.

“Going from Williams, where I have been pretty fortunate in a way, not having to do so many marketing activities just because of the nature of the position we’ve been in, to Mercedes, where we’ve got tons of sponsors and lots of commitments that drivers need to tend to.

“This will be also off the back of COVID. With all the drivers and all the teams, it is all going to ramp up because the partners have missed out on 18 months’ worth of activation.

“From a racing side and off-track side, it is going to be incredibly intense.

"So January, [I will] take 10 days off, a nice holiday, reset and then hit the ground running mid-to-end of January, then put everything on the table and go for it.”

Russell will join a Mercedes team looking to continue its streak of eight constructors’ championship wins under the new technical regulations, which have been overhauled for this year. 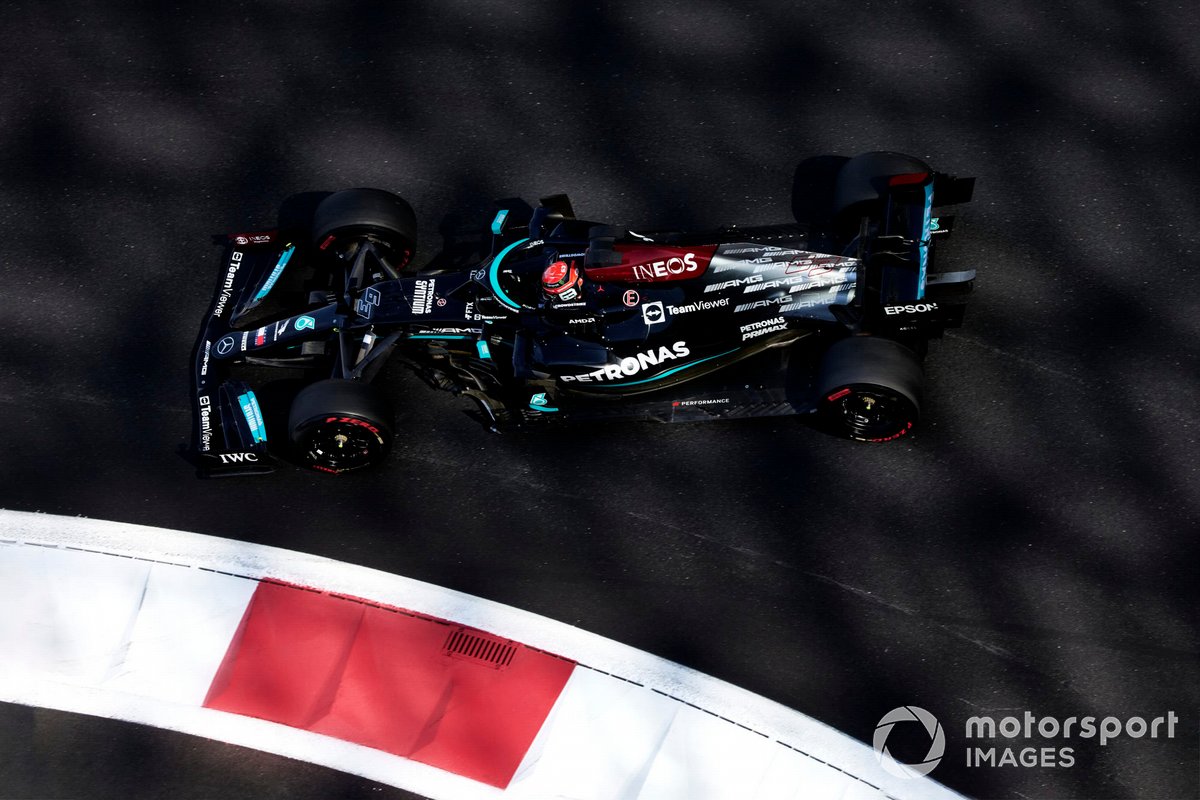 The move also marks Russell’s first real opportunity to compete towards the front of the grid in F1, having spent much of his three-year stint at Williams battling lower down the order.

Russell made one appearance for Mercedes at the 2020 Sakhir Grand Prix, deputising for Hamilton after the then-world champion tested positive for COVID-19.

He qualified second, and led the majority of the race before a late tyre mix-up and puncture denied him a likely victory.

Russell was relishing the opportunity to play a role in the development of the new car, as well as to work alongside Hamilton, a driver he has long looked up to.

“I’m really excited to see the new cars and what they offer for everybody,” said Russell.

“That is really exciting, but also I am looking forward to being part of the development of a car that will be progressing drastically throughout a season, working with the designers, working on the simulator, putting lots of work in to progress.

“I am sure it won’t necessarily be who is quickest at race one will win, and I am sure there will be some interesting designs out there and might be some underdogs who prevail in the opening tests or races.

“And then obviously teaming up with Lewis is obviously incredibly exciting. I am in a privileged position to be in to go alongside the best ever.

“It is an amazing opportunity to again progress myself as a driver and see how I fare.”