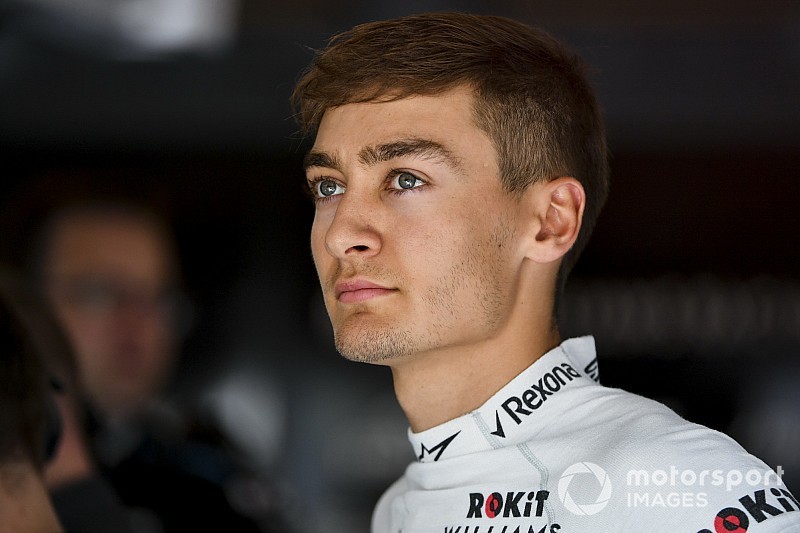 Toto Wolff says George Russell is not a contender for a seat with Mercedes in 2020 because he believes it is too early to put the Englishman in the spotlight alongside Lewis Hamilton and risk "burning" him.

Wolff says that the team is facing a straight choice between keeping incumbent Valtteri Bottas and promoting reserve driver Esteban Ocon, and he believes that Russell should continue on his learning curve at Williams, where he has an ongoing contract.

Wolff cited Max Verstappen as an example of a driver who was given space to learn.

"I think you've got to consider that these guys come into F1 at a very young age," he said.

"It's impressive to see his progression in all kinds of aspects, as a personality – there's not one bad word about Honda, only good words about his team, the commitment to the team, and that is absolutely the right behaviour of a driver, I wouldn't expect anything else.

"But he was also given the possibility, even though he's extremely talented and well developed by his environment, to learn, to settle your strengths at Red Bull, and the Toro Rosso situation."

Comparing that with Russell's situation, he said: "I don't think you are given the possibility to learn in a Mercedes.

"Because you're being put in a car that is able to win races and championships, in a high pressure environment, and I think it can go terribly wrong for a young driver that has the talent to be become a world champion if he's thrown into that environment next to the best driver of his generation, who has been with us for seven years.

"And I wouldn't want to burn George.

"I think it would come too early, and on top of that I try to be respectful to all contracts we sign, and we signed a contract, we knew what we were doing with Williams, and this is where he's going to learn."

Wolff admitted that the team faces a difficult choice in the coming weeks.

"And if we were to have only one of them, it would be a no-brainer to have them in the car. And in a way, both deserve the seat.

"Esteban, because he has been through tough situations, and he certainly has the motivation and the energy and the talent to be in a Mercedes. On the other side Valtteri has the experience and had proven again how fast he can go.

"He's tremendously supportive in developing the team together with Lewis.

"So there's lots of pros, some cons, and at the end what we decided is to really not thing about it more than we did already, wait for the Budapest weekend to pass, stick our heads together over the summer, and then come to a decision that is best for the team, and best for both, because we care for both."