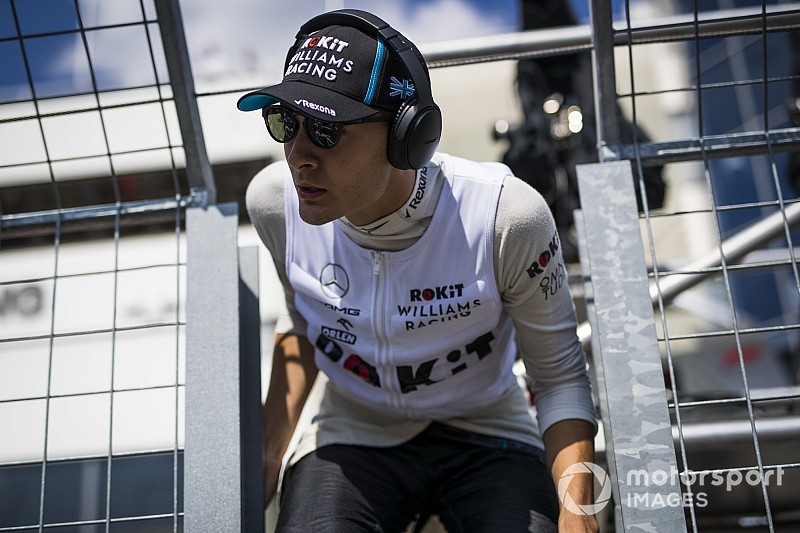 George Russell believes the challenging circumstances of his rookie Formula 1 season could be similar to the "almost laughable" contrast between his results and the reality back in Formula 3.

Russell stepped up to F1 with Williams after back-to-back titles in GP3 and Formula 2, but has joined the British team in an uncompetitive state and is the only driver without a point after team-mate Robert Kubica's fortunate 10th-place finish in Germany.

Prior to his championship-winning seasons on the F1 support package, Russell had a less successful two-year spell in European F3, but still managed to win Mercedes support for his move to GP3 in 2017.

Russell told Motorsport.com: "My two years in Formula 3 were very challenging and, especially the first year, character-building, to say the least.

"That bad experience helped me in the years to come because I was quite naive. I thought I was always the one who was right, and the team didn't know what they were talking about.

"I didn't put enough effort in to try and improve the car to suit my driving style and this and the other, and I did many things wrong. I learned a huge amount for 2016 when I had an option deal with Mercedes F1.

"I was racing with Hitech, a new team, and I felt I performed really well in that year and outqualified my teammate in 28 out of 30 races.

"But I still only finished third in the championship because Lance [Stroll] was there and was superior to everyone else."

Russell switched to Hitech after one season with Carlin in which he scored a victory on his first weekend but failed to win again all season.

He improved to third in the championship with two wins and 10 podiums but finished well behind then-Prema driver Stroll in the points.

However, Russell justified Mercedes' decision to make him a junior driver by going on to win the GP3/F2 titles as a rookie, and retains the manufacturer's interest after signing a multi-year Williams deal.

Russell believes he can continue to impress Mercedes even if, like in F3, the results look different.

"The fact that Mercedes signed me by only finishing third my second year of F3 said a lot," he added. "It was almost laughable to see that, how wrong that championship was in some ways.

"If they [Mercedes] believe I'm capable of being a future F1 driver after only winning two races in F3 and finishing third in the championship in my second year, it shows that on paper it doesn't show the full story.

"I'm so grateful for the fact they are true racers and can really see the reality behind everything. In some aspects, that potential could be the same this season."